Actor Raj Arjun is not a new name in the industry but the popularity that he has found after his performance in Thalaivii, is definitely new. An actor who left his home in Bhopal with a letter written for Naseeruddin Shah has finally found his big ticket to fame by playing the role of RM Veerappan. He says it took him years to prove his mettle of acting and none of the films he had worked in before did what Thalaivii has done for him today. Starring strong performers like Kangana Ranaut and Arvind Swamy among others, Thalaivii showed the journey of late J Jayalalithaa, former Chief Minister of Tamil Nadu and one of the most loved leaders in the country.

In an interaction with india.com, Raj Arjun spoke about his journey in Bollywood, his work that now speaks for himself, and how he would never agree to work in small roles just for the sake of working in a film. The actor highlights what struggling in Mumbai really means and how luck plays a role in making you or breaking you even after struggling for so many years. Excerpts: 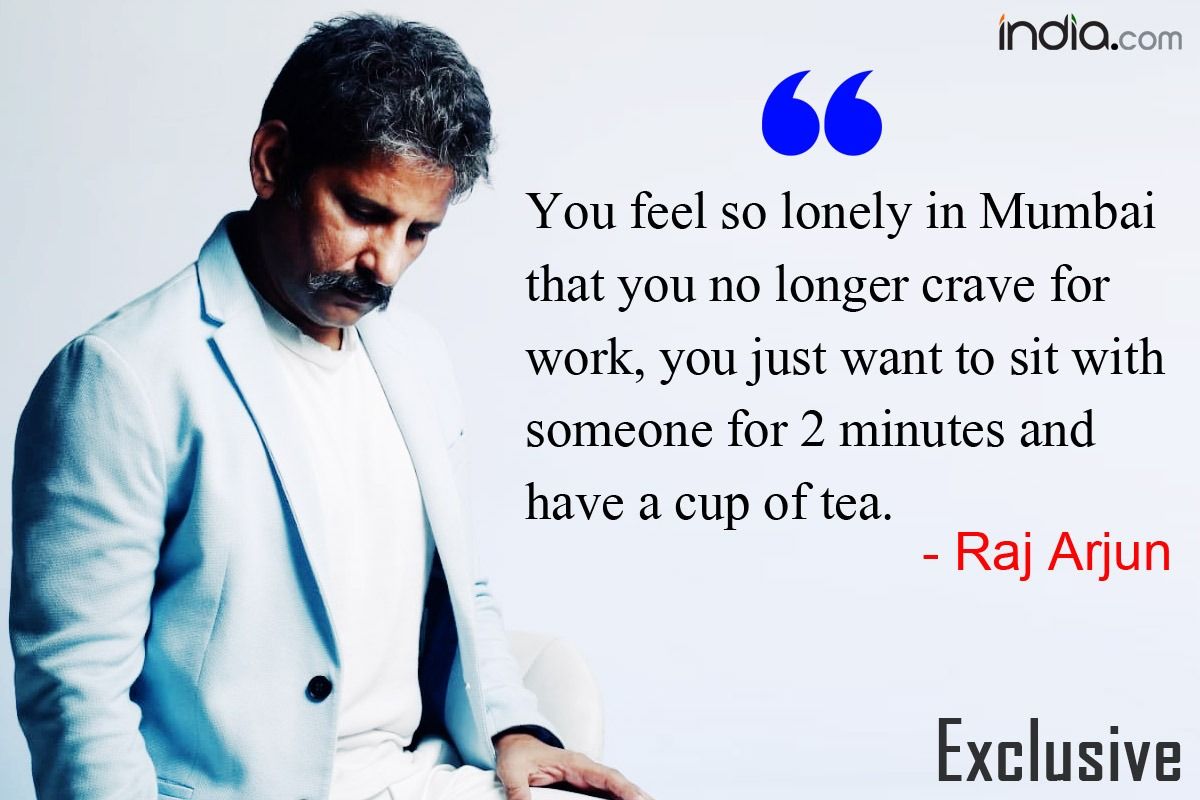 Actor Raj Arjun talks about his long struggle in Mumbai before getting his first big role in Aamir Khan’s Secret Superstar (Photo Created exclusively by Gaurav Gautam for india.com)

Please talk about your background. Where have you come from and how did the movies happen?

I am born and brought up in Bhopal. I am from a business family, and my family runs a crockery business there. I never ever thought that I would become an actor. I had participated in a play once where I played the role of Raja Dashrath. I was mocked for that performance and at that time, I decided that I would train myself and become a better actor. I then joined a few theatre groups and started my journey. I worked in theatres for 8-10 years. In 1999, I came to the industry, and until 2016, I had almost zero work and I was surviving on really tiny roles. I just wanted people to notice me. I did a small role in Ram Gopal Varma’s Company for Rs 2000 per day. All I had to do was to shoot someone and run away. It was a two-day shoot. Call it my luck that RGV cast me again in Shabri with Isha Koppikar but the film was never released. I kept my faith though. I have been waiting to break that shackle for such a long time. After 2013, I just stopped accepting random roles and began meditating.

You just don’t have to find a career here, you have to look for a house, look for people you can be friends with, and settle yourself in this completely unknown city. You won’t believe that after struggling in Mumbai for a few days, you feel like you are okay if you are not getting work here but you want someone to talk to… someone who can understand you and who can talk to you for two minutes peacefully. I just wanted to sit with someone for two minutes and have a cup of tea. That’s how lonely you feel here in the absence of any moral support. It’s a very difficult time because you know you can’t go back – you have told your family ki ‘main bada actor banuga’, and then you see people acting like robots around you… everyone is running. 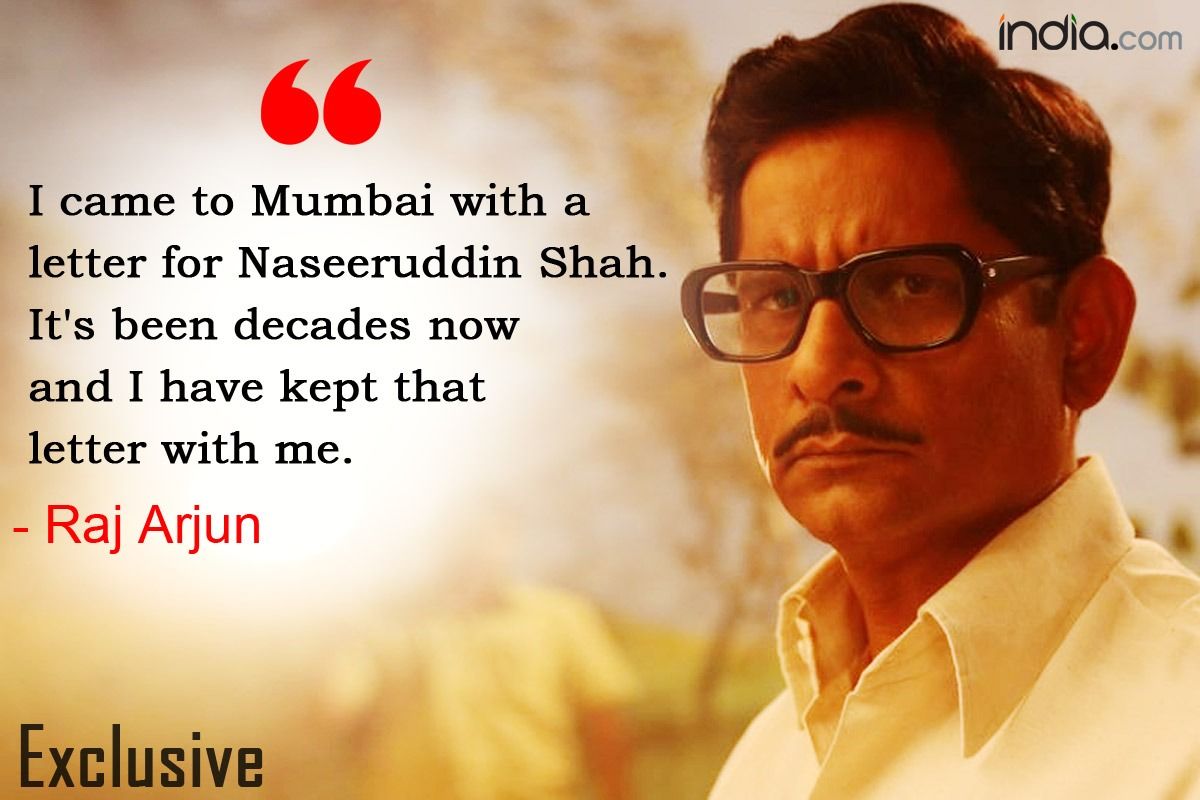 Actor Naseeruddin Shah reminisces the old time when he had left Bhopal for Mumbai (Photo Created exclusively by Gaurav Gautam for india.com)

You mentioned a letter that you brought with you when you came to Mumbai.

At that time, you wouldn’t know anyone in the industry. Aap kiske bharose aaoge. Kuch toh reference hona chahye na. It was a letter written by my guru and theatre legend Habib Tanvir, recommending me. I used to visit Prithvi theatre every evening to give that letter to Naseer sir but could never garner enough courage because he always used to be surrounded by so many people there. I kept trying, circled around his house many times, visited the sets of his films, and then eventually, I met his manager and gave him a copy of the letter. He assured me that he would call me to meet Naseer ji soon. That meeting never happened. That original letter is still with me. I have kept it as a memory and I am not going to give it to him now. I have worked with Naseer ji, what’s the point of showing him the letter now?

Do you look back and see how far have you come today?

Life is strange. Sometimes, you get so much that you look back and wonder have you really come this far, and sometimes, you feel tired of making even your family members believe that you can achieve greater heights. My brother thought I was joking when I told him that I got this big role on Secret Superstar (2017). They would always feel like either the film would never be released or it would be a small role. 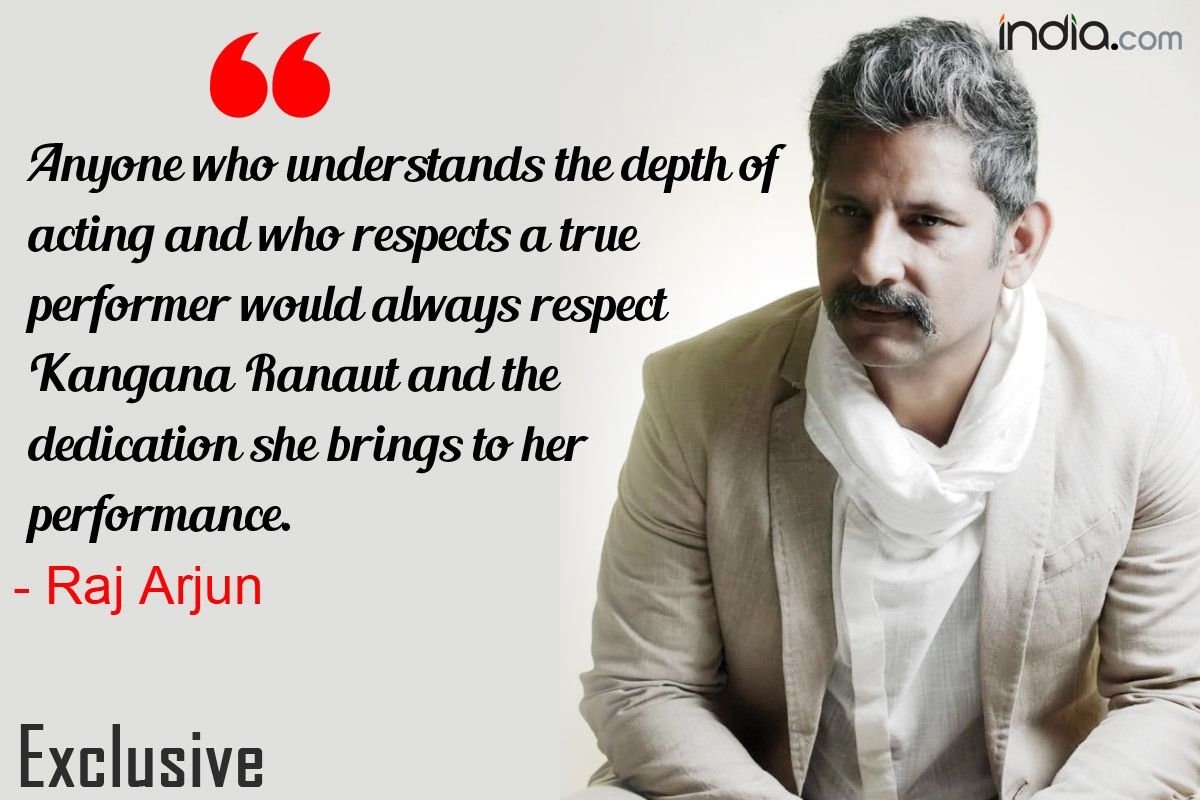 Actor Raj Arjun on working with Kangana Ranaut and how she’s a fine actor (Photo Created exclusively by Gaurav Gautam for india.com)

You were appreciated widely for your work in Secret Superstar and even won an award for the film. Then what went wrong? Do you think that Thalaivii has given you a new breakthrough?

Yes, actually after Secret Superstar, I felt like ‘ab toh ho gaya’. I felt that this was my breakthrough and now, the industry will accept me with wide arms and there’s nothing to worry about now. I was expecting to get more work and more love. But honestly, I didn’t get anything of that sort. Secret Superstar wasn’t a massy film. It was a beautiful film but a different one. I credit it for showing that I can act and can do bigger roles but Thalaivii has definitely acted as an extension to that recognition. I have received another breakthrough with this film at a bigger level now. I am glad that I am being written about and talked about in various forums. It’s true that until you are not seen, you are not sold. I am hoping to be seen more now and in better roles. Thalaivii has given me a lot. I really want to thank Vijay (director) for that. He gave me a big responsibility and a big role amid such seasoned actors. Even producers don’t agree with such things but he had a solid conviction, he believed in me.

I feel that I started getting better roles after Secret Superstar. However, because Thalaivii had an even bigger canvas and a meatier role for me, I believe this has now emerged as the strongest pillar of support in my career. Of course, there is no looking back now. 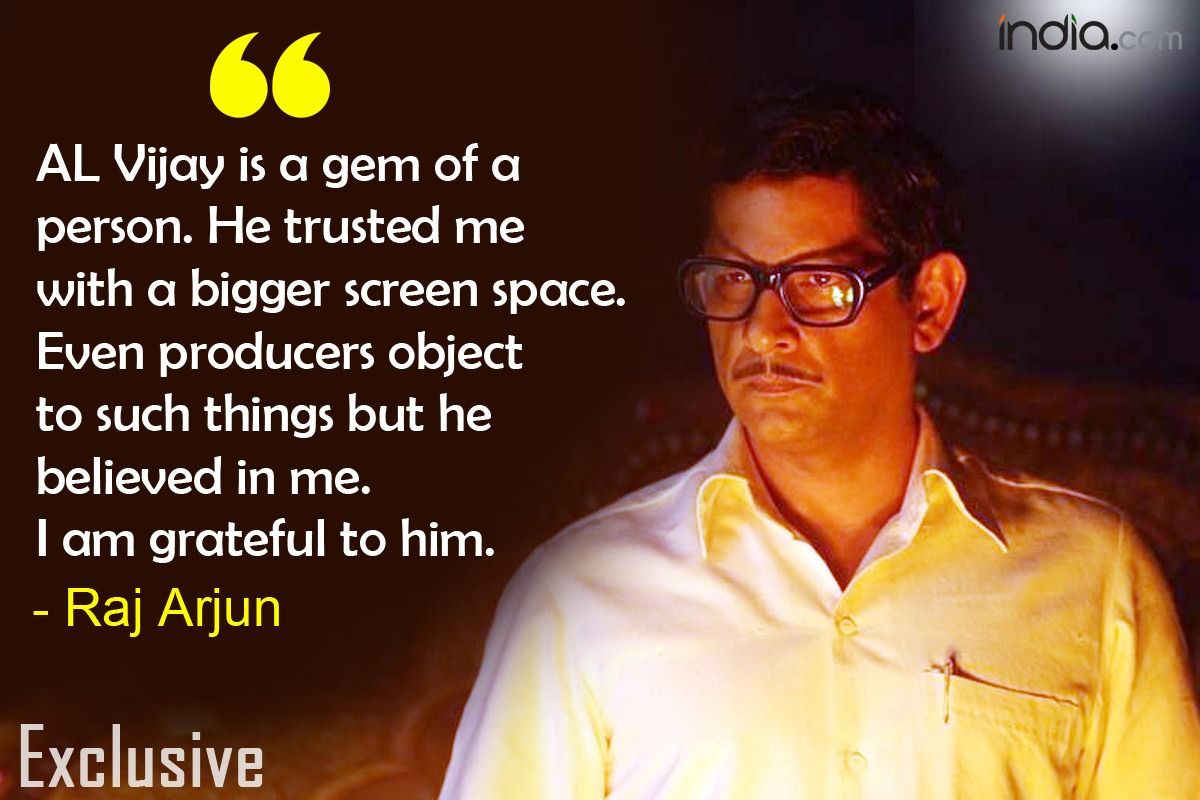 Actor Raj Arjun talks about Thalaivii director AL Vijay and how he is a wonderful human being (Photo Created exclusively by Gaurav Gautam for india.com)

You had an equal screen space in Thalaivii as that of the two main actors – Kangana Ranaut and Arvind Swamy. That rarely happens in movies these days. Isn’t it?

That honestly happened because AL Vijay is a very sensible director and a very lovely human being. Even though it was the story of Jayalalithaa, he made a graph of all the characters and he was successful in showing that craft in the film. I could perform as Veerappan because I was given that much to perform on-screen. Besides, Vijay is a man with a heart of gold. I have known him for years now and I have seen him understanding and executing human emotions so well on the screen.

You have worked with both Aamir Khan and Kangana Ranaut – two of the strongest performers in the industry today. What are the similarities and differences in the way they work?

I don’t know them as people. When I worked with Aamir on Secret Superstar, he had interacted with me as the producer of the film, not as a co-star. We didn’t have many scenes together. However, I have seen him giving himself totally to his craft. There is a reason why he inspires so many people and why he has been able to sustain his place in the industry for decades now. Kangana, too, is totally dedicated to her work. It’s incredible to see how she immerses herself into a character. Anyone who understands the depth of acting and who respects a true performer would always respect her and the dedication she brings to her performance. We shared good vibes on the sets and I truly respect her efforts and her hardwork.