Mumbai: Bade Achhe Lagte Hain 2 is now going to witness some interesting turns with the marriage of Ram and Priya. While the duo recently got engaged in the show, Ram and Priya are now all set for their sangeet ceremony. Disha Parmar, who plays the role of Priya in the show, gives a sneak-peek into Priya’s look for the Sangeet. Disha Parmar opens up about how she has added her personal inputs when it came to Priya’s overall look in the show for the ceremony.

While Priya decided to wear a simple yet elegant blue lehenga for the sangeet ceremony, Disha Parmar revealed that she took inspiration from her real-life wedding ceremony for this look. “Personal touch to the styling has been that I recently got married just two months ago and now, Priya is getting married. So, the outfit that I wore in my sangeet was a deep blue color… royal blue color. That’s what I wanted to wear in this (Bade Achhe Lagte Hain 2), also. And, that’s what we did,” Disha said. 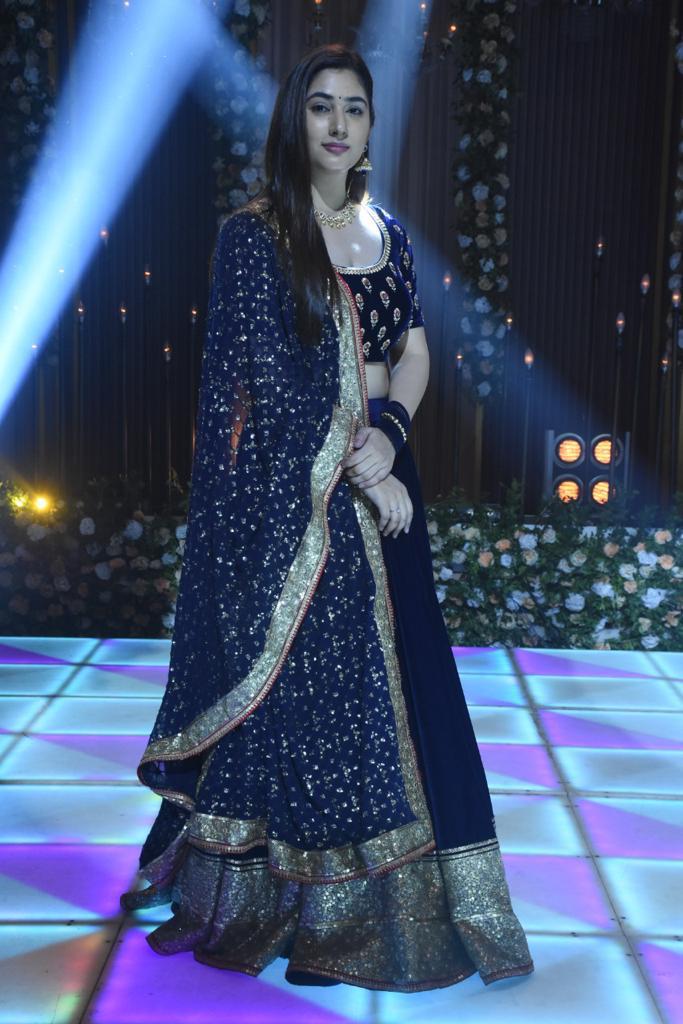 Priya is all set for her sangeet ceremony (Picture Credits: Sony TV)

Disha further added, “I remember for one of the events, I was wearing sneakers under my saree and that’s what Priya has also done for one scene. She’s wearing white sneakers under her lehenga. So, these have been the little personal touches for the character Priya by me.”

Meanwhile, Indian Idol 12 winner Pawandeep Rajan and runner-up Arunita Kanjilal will also grace the sangeet ceremony and will impress everyone with their singing skills.

Talking about Bade Acche Lagte Hai, the second season of the show recently returned to television. While Disha Parmar was roped in for the role of Priya, Nakuul Mehta replaced Ram Kapoor.