Mumbai: Kareena Kapoor Khan has hilariously reacted to Kim Kardashian’s Met Gala 2021 look. For the grand event, Kim, who often manages to grab the limelight with her quirky looks, once again gained the spotlight with her all-black undercover look at the Met Gala red carpet. She attended the Met Gala red carpet covering up her face in an all-black head-to-toe outfit. She opted for over a curve black t-shirt and a bodysuit and styled her hair in a ponytail featuring extensions that were hung down.

Check It Out Here: 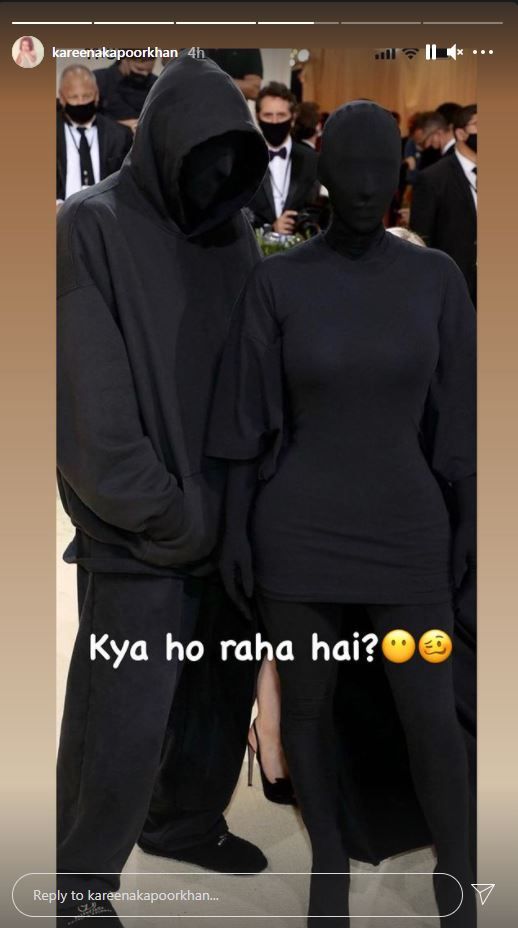 Kim Kardashian’s look received mixed reactions from the netizens. While few hailed her look, others began a meme fest on Twitter.

Kendall: OMG Kim. 👀 You look like a DASH mannequin. What tf were you thinking?! 🥴

This proves that Kim and Kanye are back together because…🥴 #MetGala #MetGala #KimKardashian pic.twitter.com/kWUDLpoKeJ

why ? What is the purpose ? 😳#MetGala #MetGala2021 #KimKardashian pic.twitter.com/YnyhhGhKA1

#MetGala
My house if it was an outfit #micaredress #KimKardashian pic.twitter.com/owtG4OuKiI

https://platform.twitter.com/widgets.js
Meanwhile, on the work front, Kareena will be next seen in Laal Singh Chaddha co-starring Aamir Khan. Helmed by Advait Chandan, the film is a remake of Tom Hanks’ Forrest Grump. The film is scheduled for a theatrical release this Christmas. She has also turned into a producer now along with Ekta Kapoor and Hansal Mehta for a yet-untitled thriller, inspired by a real-life incident, which is set in the UK.