Hyderabad: Ram Charan and Kiara Advani are coming together for their upcoming film that is tentatively called ‘SVC 50’. The film had a grand launch in Hyderabad and was a special one with Ram Charan’s father, actor Chiranjeevi, Ranveer Singh, and SS Rajamouli in appearance. Well, the pictures from the grand launch of the political drama are breaking the internet. It was indeed mesmerising to watch big stars including Chiranjeevi, Ram Charan, Ranveer Singh, and Kiara Advani in one big frame.

What caught the eye at the grand launch, which took place at the Annapurna Studios, was Ranveer’s double ponytail look, which has gone viral on social media. 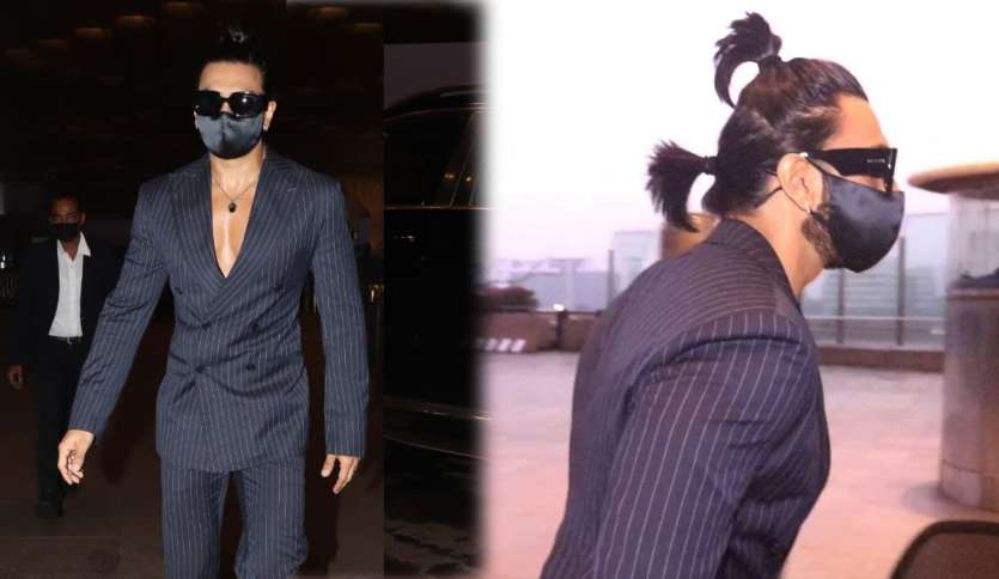 Kiara also shared picture suited in all black for the grand launch.

Kiara took to Twitter to share her excitement about the film. “Excitement level beyond for my First Pan India film. My heart is filled with gratitude to be directed by the one and only @shankarshanmugh garu, my wonderful costar @AlwaysRamCharan produced by #DilRaju garu. With your blessings, love and good wishes our film has begun,” Kiara tweeted alongside the poster of the film.

The movie reportedly also features Anjali, Jayaram, Naveen Chandra and Sunil. The fil is directed by S Shankar and produced by Dil Raju.

Other details related to the film are still under wraps.