KBC 13 September 7 Highlights: Tonight’s episode begins with roll-over contestant Kinnari Joshi and host Amitabh Bachchan. Born and brought up in Kolkata, she is currently working as an assistant curator in a museum in Ahmedabad. She is a history enthusiast and passionate about cooking. Her dream is to visit every museum in the world, especially The Louvre and The British Museum. She has so far won Rs 3,20,000 so far. She loves to cook as much as she is fond of eating. Cooking is like an anxiety reliever for her. With the prize money, she ultimately wants to open a restaurant in Gujarat where Bengali food will also be available so that the people of Gujarat get the taste of Bengal food.

Q. According to the Purana, which of these asuras are not brothers?

Q. Yerwada and Bageshwari are two types of which of the following?

Kinnari takes home Rs 3,20,000 after answering the Rs 6,40,000 question incorrectly. Big B rolled out the Triple Test and Ashutosh Shukla takes up the hot seat. Hailing from Kanpur, he is currently working as a banker in Mumbai. He is in the banking sector since 2014. He is married and his wife is also a banker, posted in Lucknow. He has been trying to come to KBC for 20 years. Now that he has got a chance, he wants to win the one-crore prize money. With the prize money, he would like to buy a bigger house for his family and invest in his daughter’s future. 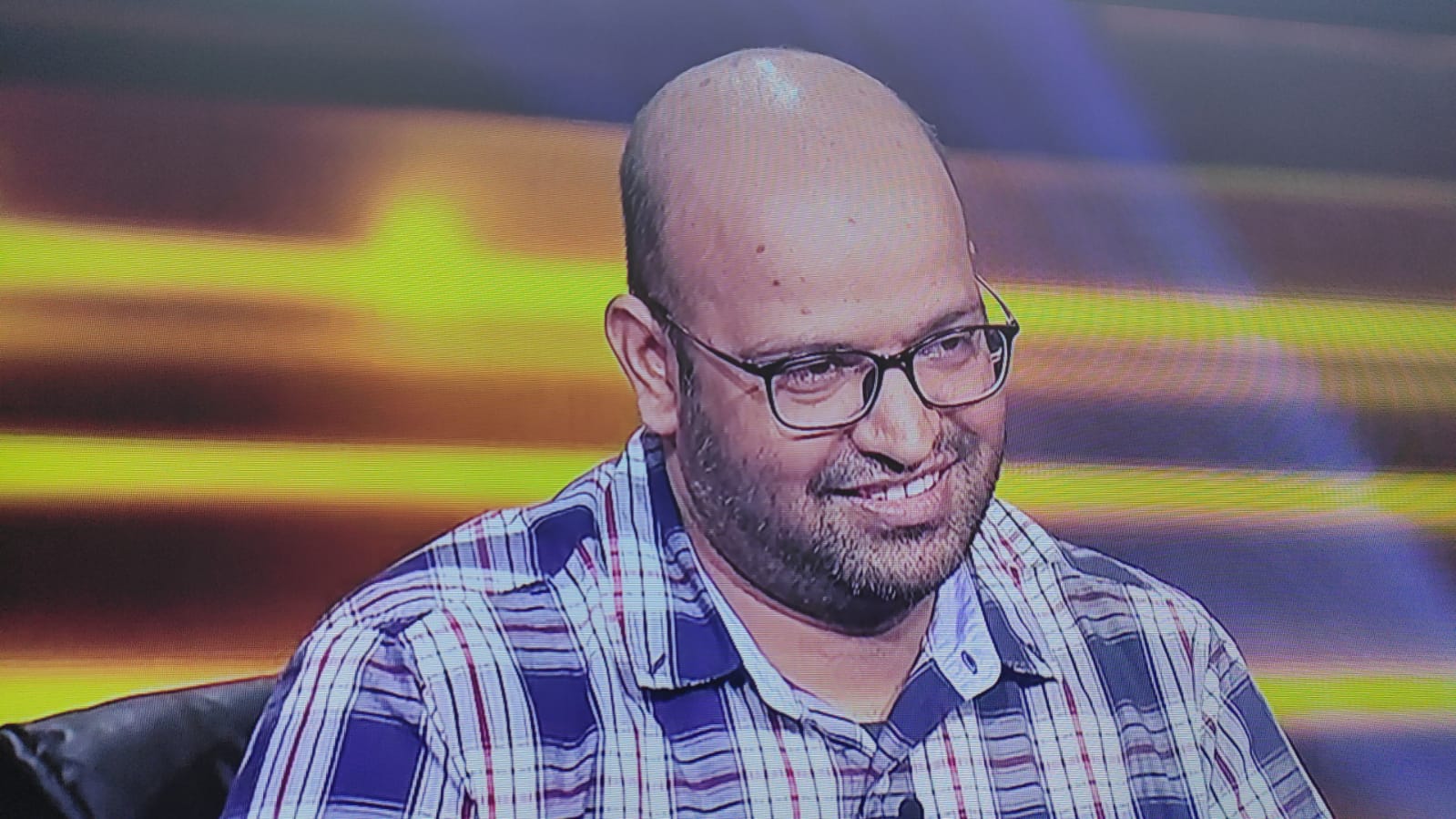 Q. Complete this proverb that means a person who has nothing: “Than Than”?

Q. What does the ‘ I’ stand for the UPI, an instant real-time payment system?

Q. Which of these is a tie-breaking method used in limited-overs cricket?

Q. This monument is part of which state’s emblem? (visual question)

Q. Which crop is also known as ” white gold”?

Q. What does the letter ‘X’ denote in X-Ray?

Q. Whose memoir is titled ” I Am No Messiah”?

Ashutosh and his wife are posted in different cities. In order to ensure a better life for their daughter, they have made sure she stays with her grandparents. The couple visits their daughter once in 15 days a month.

Q. Which of these colours does not appear on the Olympic rings?

Q. In March 2021, Ngozi Okonjo-Iweala became the first African to take charge as the Director-General of which major international organisation?

Q. Which future Bharat Ratna performed at the Red Fort on the occasion of India’s first Independence Day celebrations in 1947?

Q. Likud, Yesh Atid, and New Right are political parties from which country?

Q. According to Hindu scriptures, which great devotee of Lord Krishna, was the commander of the Yadave army?

Q. Which Railway Minister tendered his resignation on moral grounds after a train accident in Gaisal?

Ashutosh incorrectly answered Rs 25 lakh question and took home Rs 3,20,000. Big B rolled out the Triple Test and Kalpana Datta takes the hot seat. She is a housewife from Maharashtra and used to work as Head of sales in a company previously. She is a fitness enthusiast and also loves to travel. She met her husband at the University of Mumbai, where she was a junior researcher and her husband was pursuing a PhD. Their love grew steadily and soon they got married. 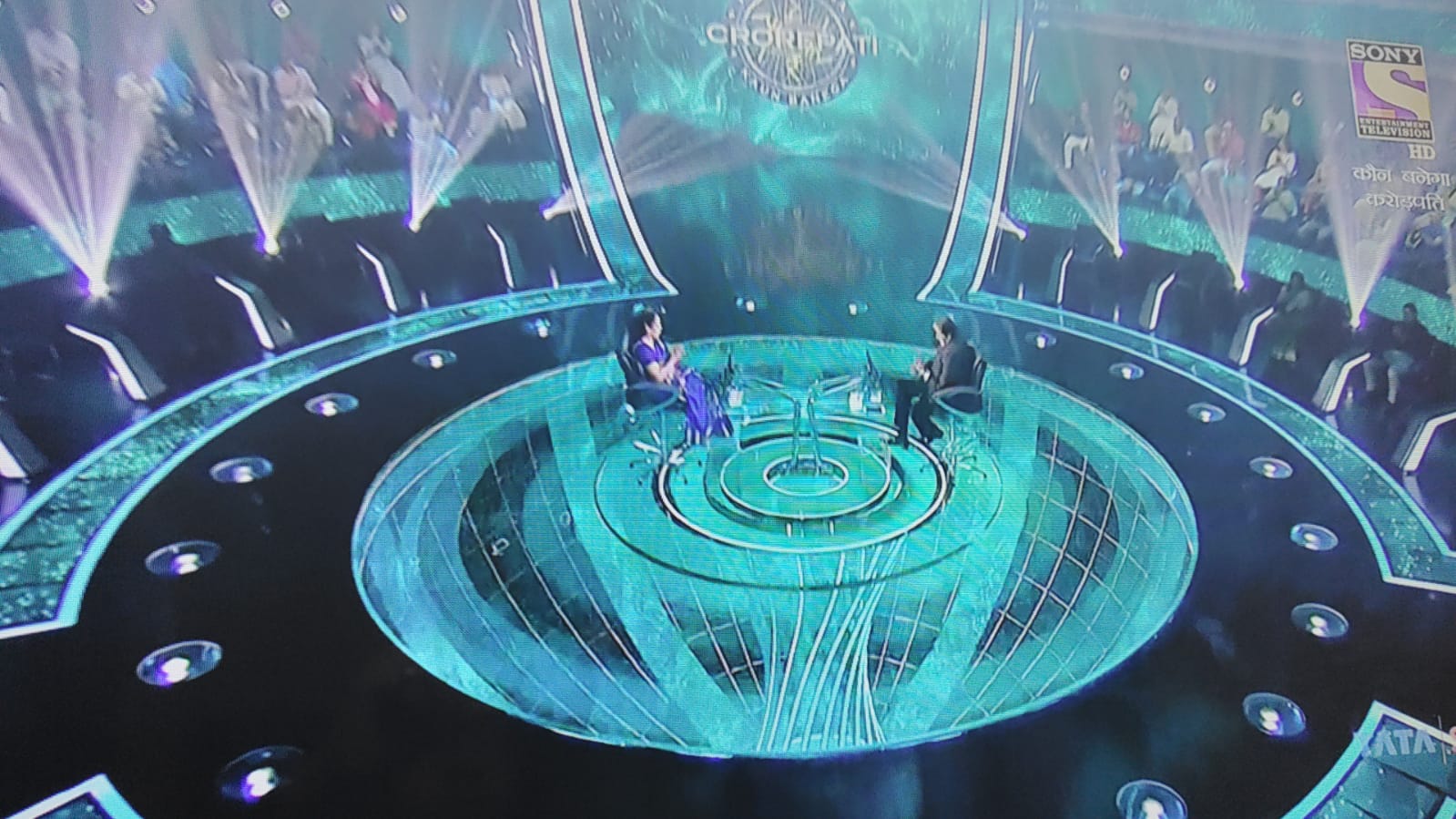 Q. VIBGYOR is a popular mnemonic device to memorize what?

A. Seven colours of a rainbow

Q. Appam, a kind of pancake popularly eaten in South India, is primarily made with a batter of what? 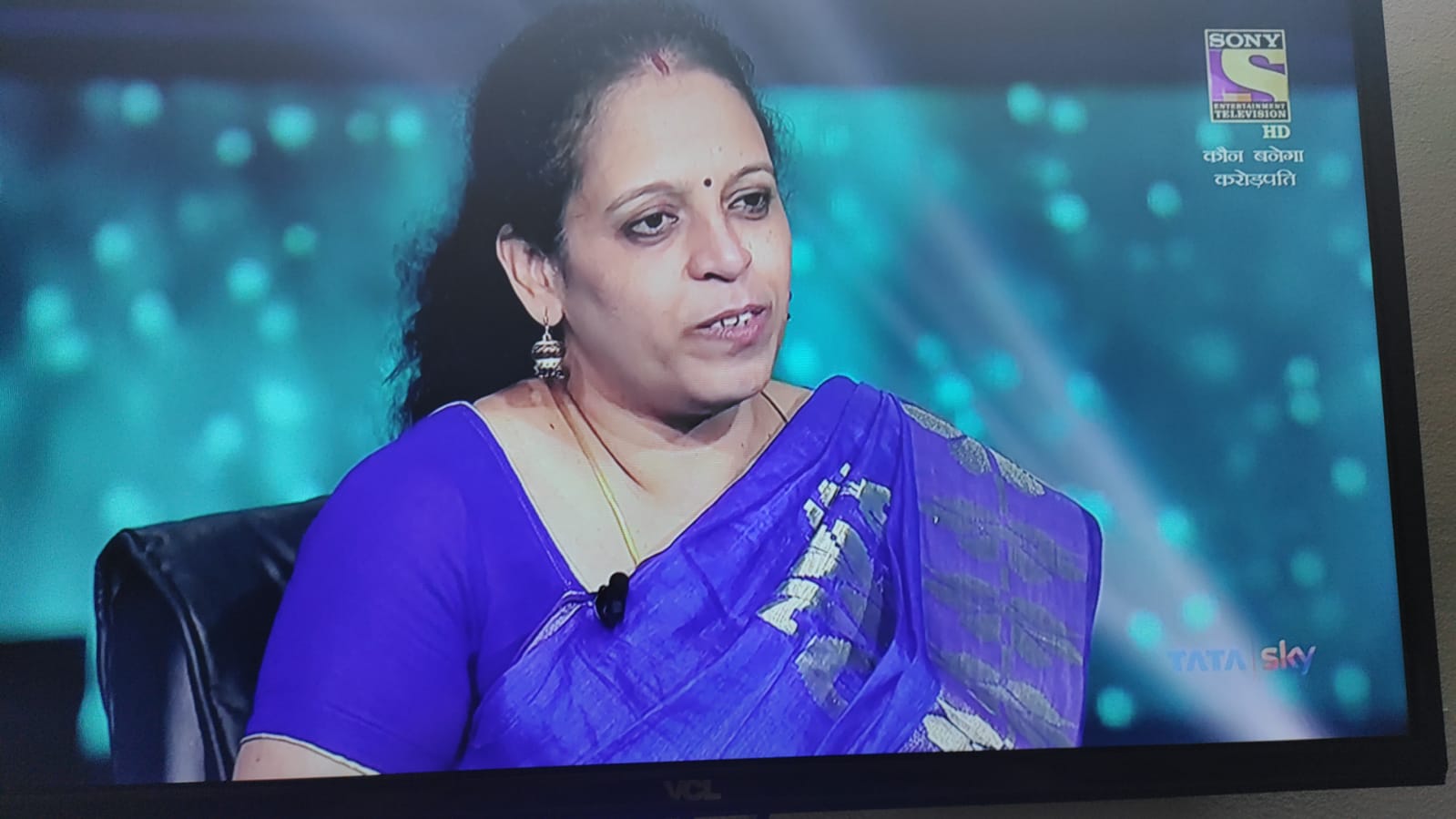 Kalpana becomes the roll-over contestant for the next episode.
Photo Credit: Sony Tv

Kalpana becomes the roll-over contestant for the next episode.