Bigg Boss OTT Gossip: Contestants inside the Bigg Boss house have been fighting since day one of the show. In the latest episode, when guests Rubina Dilaik and Nikki Tamboli entered the house, Neha Bhasin and Divya Agarwal landed into an ugly argument. The guests gave a task to the housemates ‘Who do you not want to see on Bigg Boss Sitare wall?’ Divya chose Shamita and Neha chose Raqesh. They had to mutually decide on one name and that didn’t happen and both landed up arguing as Divya said, “Shamita and Neha both propagate women and gender equality, but both have used such words in the house which conflict their opinion.” Meanwhile, Neha didn’t react and lied on the floor in front of everyone. This made Divya angry and she told Neha to show some respect as she is speaking and there are also guests. 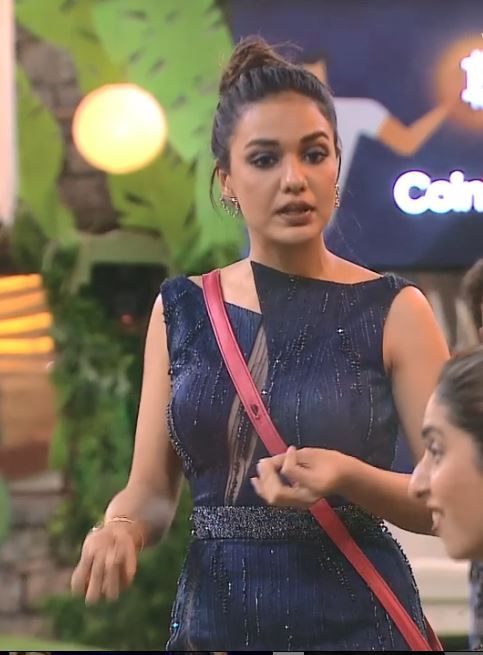 To which, Neha responded by not showing interest. She told Divya, “Don’t speak like a kabadiwala and in kabadi language.” Divya gave it back saying, “What’s wrong in a kabadiwala and their language?”. Things got ugly between the two and Neha called her a ‘rotten woman’ and ‘badtameez’. Divya held her shoulder and Neha, on the other hand, held her wrist in anger. The other housemates including Shamita and Pratik had to come to calm Neha down.

Neha’s words didn’t go well with a section of people on Twitter. Netizens trolled her for using such words on Divya and making fun of someone’s profession. One of the users wrote, “So yesterday Neha said to Divya to not behave like Kabadiwala. Neha should know to respect all the professions regardless of what they are. I hope this issue is addressed because making fun of the profession is not at all acceptable.”

Bigg Boss OTT is available on Voot Select. You can watch the episodes streaming 24*7.