Mumbai: Days after the sudden demise of Bigg Boss 13 winner and television actor Sidharth Shukla, his family has now released a statement urging everyone to respect their privacy. In the statement, the Shukla family has also thanked fans for their unconditional love towards the late actor.

“Heartfelt gratitude to everyone who has been a part of Sidharth’s journey and showering him with unconditional love. It definitely doesn’t end here as he now resides in our hearts forever! Sidharth valued his privacy, hence we request you to allow our family the privacy to grieve,” the statement read.

The family also thanked Mumbai police for shieling and protecting them and further wrote, “A special Thank You to the Mumbai Police force for their sensitivity and compassion. They have been like a shield, protecting us and standing by us every minute of the day! Please keep him in your thoughts and prayers!” the statement concluded. 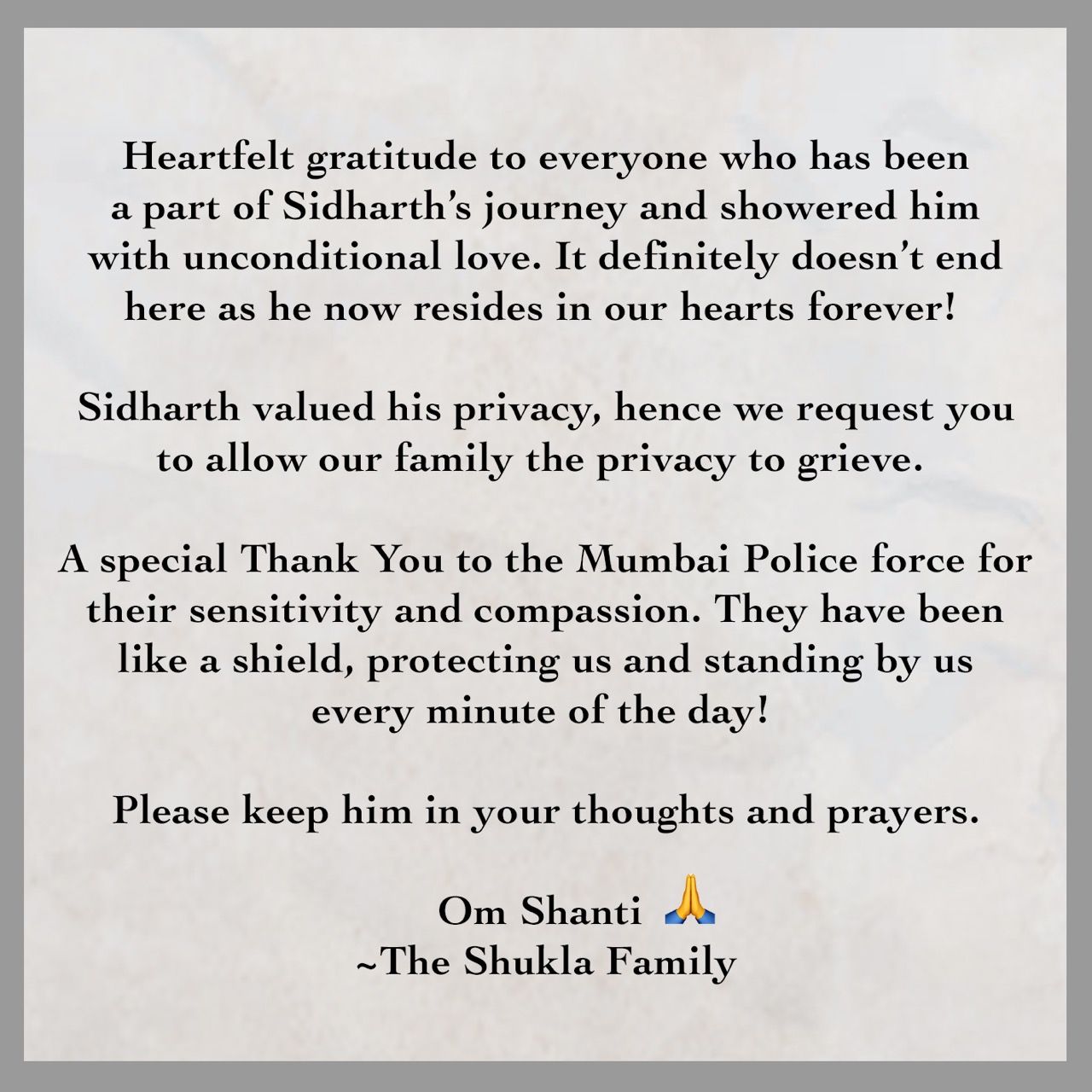 Sidharth Shukla’s sudden demise has left the entire nation in shock. He passed away on September 2 following a heart attack in the early morning hours. The actor reportedly died in sleep. He was 40. Sidharth’s last rites were held on September 3 and several close friends including Shehnaaz Gill, Arjun Bijlani, Aly Goni, Jasmin Bhasin, Rahul Mahajan, Abhinav Shukla attended the funeral.

Meanwhile, Sidharth Shukla‘s family members will also be organising a prayer-meet for the departed soul on Monday at 5 pm. The prayer session will be conducted online considering the COVID-19 protocols and fans will be able to join it as well.