Is Sonam Kapoor Pregnant? Here’s How She Reacted: Ever since Sonam Kapoor Ahuja recently came back to India from London, there have been a couple of reports doing the rounds suggesting that the actor is expecting her first child. Reacting to such rumours, Sonam, who got married to businessmen Anand Ahuja in May 2018, took to her Instagram Story and stated that she is still getting her periods. For the unversed, the missed period is considered the most obvious early symptom of pregnancy. “Hot water bottle and ginger tea for the first day of my period,” she posted on Instagram Story. 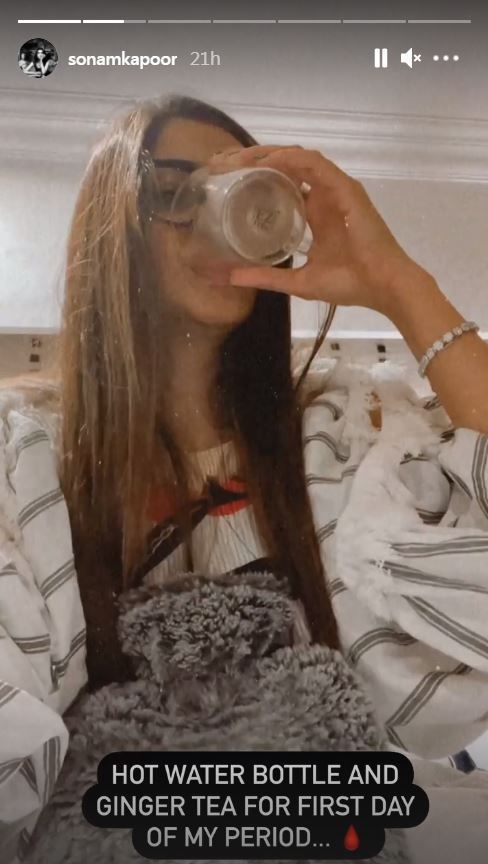 Rumours about Sonam’s pregnancy started as soon as she arrived in India from London. Fans speculated that Sonam is expecting her first child with hubby Anand Ahuja.

Bollywood beauty Sonam Kapoor got married to businessman Anand Ahuja on May 8, 2018. The couple had a Sikh wedding and the Anand Karaj ceremony took place at her aunt Kavita Singh’s residence, Rockdale in Mumbai. The couple’s wedding was a star-studded affair which was attended by the who’s who of the entertainment world.

On the work front, Sonam Kapoor will soon be seen in the film Blind.