Mumbai: Indian Idol 12 will welcome music legend Bappi Da this weekend. He will be seen enjoying the contestant’s mesmerising performances and will also praise them for the same.

Just like other contestants, Arunita Kanjilal will win Bappi Da’s heart with her performance as she sings Aao tumhe chaand pe le jaayein and Raat Baaki Baat Baaki. Following Arunita’s performance, Bappi Da will surprise her with a special gift.

The music industry’s Disco King gifts Arunita a beautiful traditional Bengali saree, leaving her in complete awe. Bappi Da also praised Arunita saying that the entire Bengal is proud of her. “I would like to tell you (Arunita) that this gift has been specially brought from Bengal. You are also Bengali, I am also Bengali, but together, we are Hindustani. So, following the tradition, I have brought a gift for you and I would like you to unfold the saree on stage and see another surprise that awaits you,” he said. 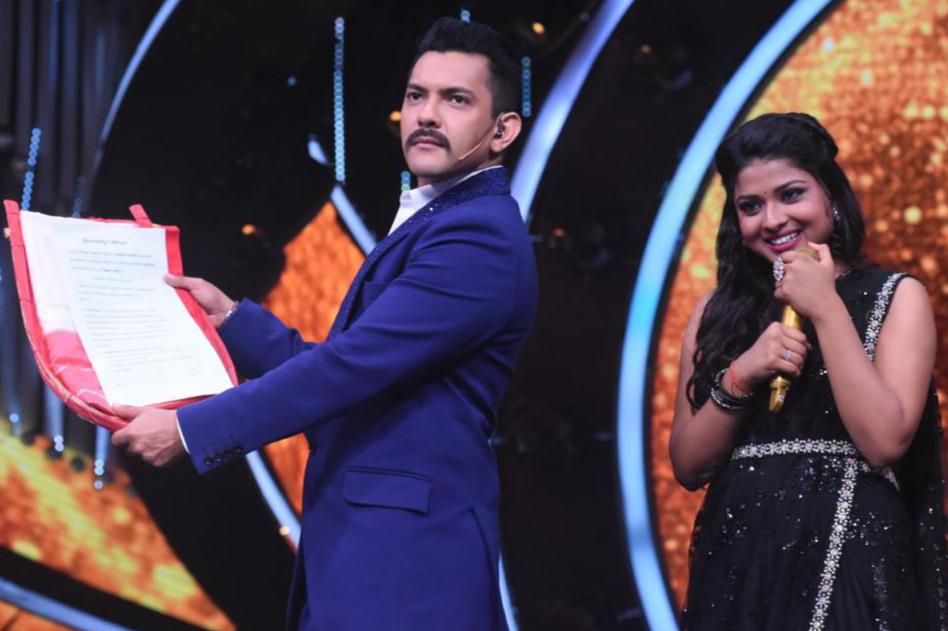 Not just this, but Bappi Da also gives her a music contract that mentions that he would like to produce, compose and record a song with Arunita. While this is undoubtedly a huge opportunity for Arunita, she gets emotional on the stage. “It is an honour to be part of the music he composes and to receive such a huge gift, I am overwhelmed with joy. Also, I love Bengali sarees and it’s nothing less than a blessing to receive a traditional one from the legend, himself. I look forward to working and most importantly learning from him and make everyone proud. I cannot express with words on how happy & grateful I am on receiving not one but two surprises,” Arunita said.

Meanwhile, the show is stepping towards its grand finale, the date of which has not been announced yet.