Mumbai: Actor-dancer Nora Fatehi, who has won millions of hearts with her dance moves, was brutally trolled after her video in a shimmery pink saree went viral on social media. The video was shared on Instagram by one of the paparazzi where she can be seen walking with her team to shoot for the show Dance Deewane 3. She can be seen clad in a graceful pink saree teamed up with a sultry blouse in the video. She completed her look with perfect makeup and hair styled in soft curls.

However, Nora was brutally trolled for wearing a saree amid heavy Mumbai rains. Many users even called out her for not sporting a face mask while others mocked her for her walk. 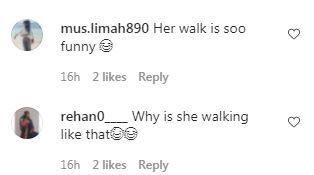 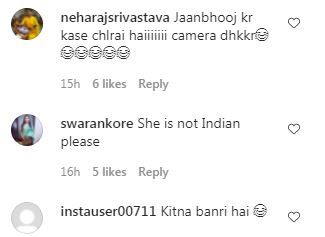 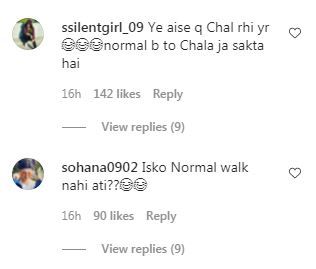 Recently, Nora Fatehi opened up about suffering an injury while shooting for Bhuj: The Pride of India. She had said, “We were shooting for an action sequence and the director wanted to shoot the scene in a single take with one camera, hence my co-actor and I rehearsed the action choreography wherein he holds a gun to my face and I flick the gun out of his hands to start beating him up. It went perfect in our rehearsals which were literally five minutes before the take, however, when we started rolling the actual take, the coordination was off and the actor accidentally threw the gun to my face, due to which the end of the metal gun, which was by the way, really heavy, hit my forehead causing an injury and blood gushing out.”

“Later that day, we shot for another action scene, it was a chase sequence which demanded running, action, and fast-paced movements. During the shoot, I fell, injuring my fingers really bad, because of which I had to wear a sling throughout the shoot. In all, it was a physically tough sequence, wherein I got hurt a lot as I executed all my scenes myself without any stunt double, but I wear my scars with pride as it offered me an outstanding learning experience that I’d cherish for a lifetime”, she added.