Mumbai: Actor Ayesha Takia had been brutally trolled in the past after netizens speculated that she had gone under the knife. Recently, the actor shared a boomerang wherein she captured herself in the mirror. She can be seen clad in green ethnic wear teamed up with a pair of hoops and bold makeup. However, netizens were disappointed with her look and speculated that she had done something to her lips and face.

“What has she done to herself …she looked so pretty earlier”, wrote another. 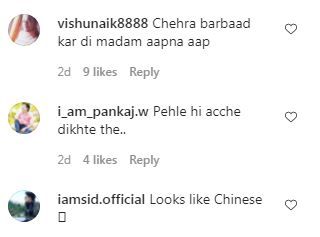 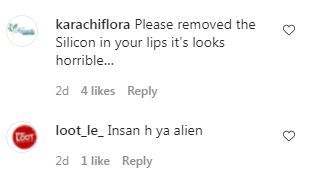 Recently, Ayesha opened up about online trolls in one of her posts and wrote, “Having personally been through many incidents of trolling and workplace bullying…I wish to spread the word about this and I want you to speak up please if someone is making you feel less, small or worthless. Please know that you are incredible and unique. You are meant to be here and fight for what you deserve. You are bright and different, you must not let them win.”

Ayesha Takia made her film debut in Taarzan: The Wonder Car and then later was seen in Dil Maange More, Socha Tha Na, Shaadi No. 1, Shaadi Se Pehle, to name a few. Her role in Dor was appreciated and won several awards for the Nagesh Kukunoor film. She was last seen in Mod along with Rannvijay Singh.