London: Actor Priyanka Chopra has begun her birthday weekend on a stylish note as she shares her hot picture in a blue bikini. Taking to Instagram, she shared her two bikini pictures and pointed out the reality vs expectation during bikini photoshoot. In the picture, she can be seen lying on a couch in a sexy blue bikini as she gets sun-soaked. In the second picture, she can be seen all smiling midst of the photoshoot. She simply captioned it, “Expectation vs reality (sic)”

Take a Look At The Photos Here: 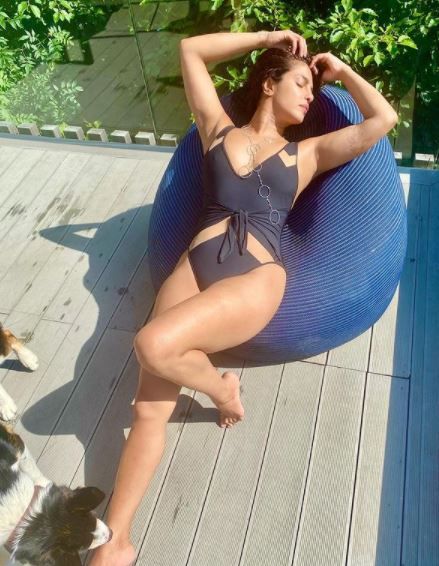 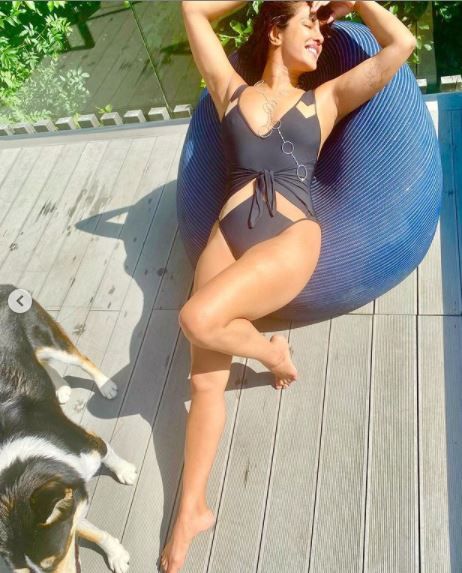 Priyanka has been stationed in the United Kingdom since earlier this year and is likely to celebrate her birthday in London. She has wrapped up her project ‘Text For You’. She is currently busy with the making of her upcoming series Citadel. Backed by Avengers: Endgame directors Russo Brothers and it also stars Game of Thrones fame Richard Madden.

It is not yet clear if Nick will travel to the UK to celebrate Priyanka’s birthday together. Nick has been busy with his upcoming project and his band, Jonas Brothers. He will be next seen in Jersey Boys where he essays the role of Frankie Valli. However, her cousin and actor Parineeti Chopra will be by Priyanka’s side on her birthday as she arrived in London earlier this week.

Besides Test For You and Citadel, Priyanka also have Matrix 4 with Keanu Reeves, her collaboration with Mindy Kaling on a wedding-themed romantic comedy film, and a Bollywood project.