Mumbai: The current season of Indian Idol is coming to an end. While the finale date has not been announced yet, the contestants are making sure they raise the bars like never before with their magical performances. In the upcoming episode, actor Karishma Kapoor will grace the show and will be seen enjoying the performances. However, one performance that will win her heart is that of Pawandeep Rajan.

As the contestants gear up to celebrate the Bollywood Diva, Pawandeep Rajan will take a step ahead. While he will be seen performing on ‘Dil Jaane Jigar’ and ‘Tumsa Koi Pyara Koi Masoom’, the singer will also urge Karishma to join him on stage in the middle of his performance. Following this, Pawandeep and Karishma will be seen tapping feet together on the stage. 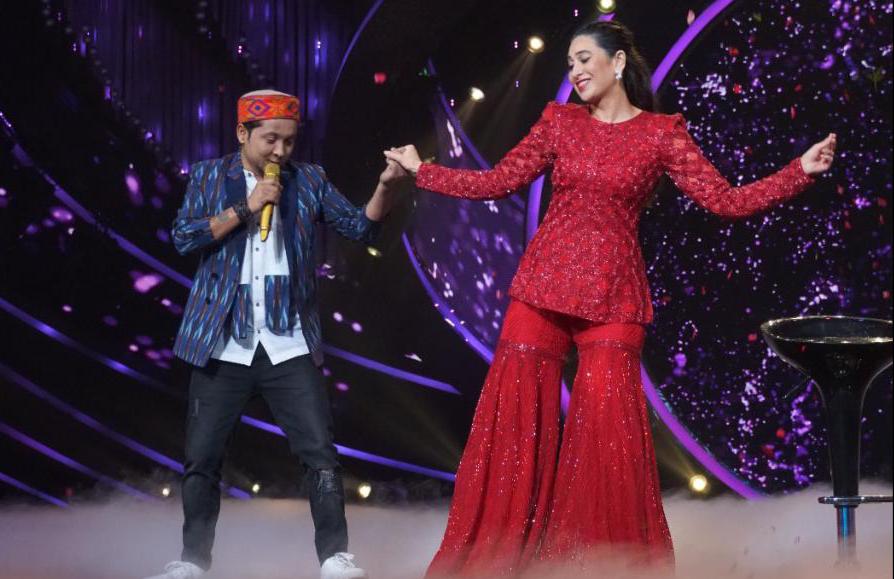 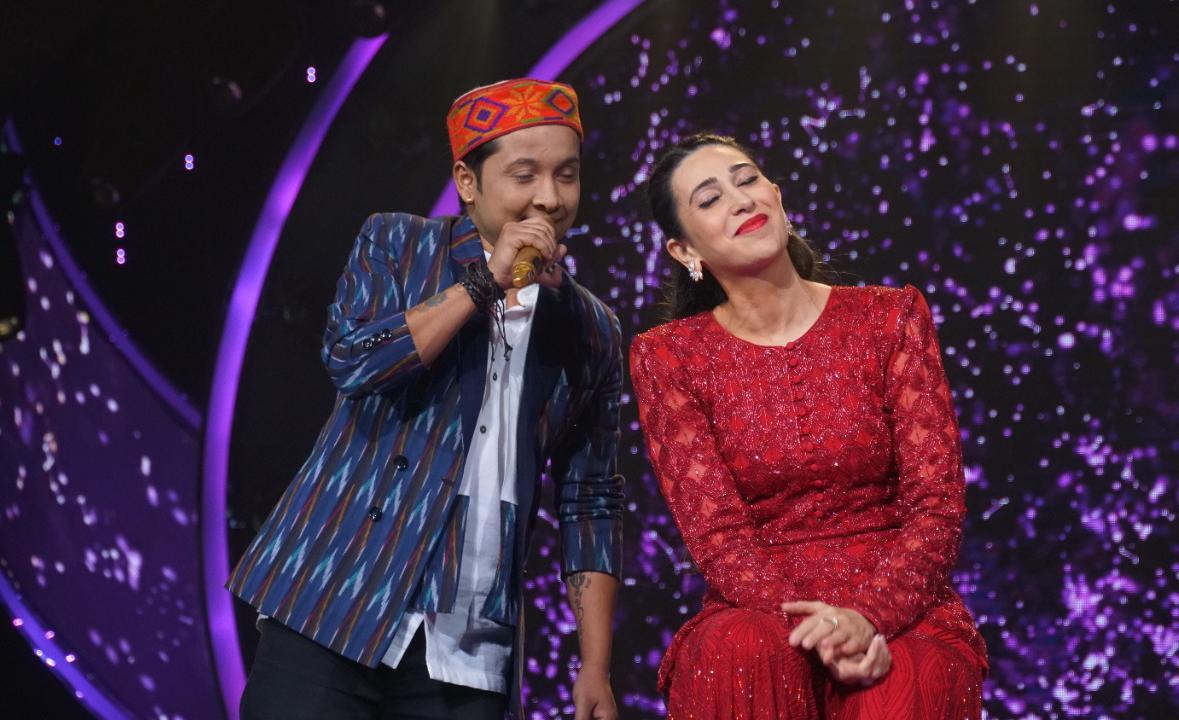 A Still From The Upcoming Episode of Indian Idol 12

After Pawandeep Rajan’s mystical performance, Karishma Kapoor heaps praises and said, “You are so innocent, humble and that reflects in your singing. You made me feel nostalgic & brought back a lot of memories.” Even Pawandeep will be quick to show is love for the 90s diva and said, “I have admired Karisma Ma’am since my childhood. She is not only a great actor but an amazing dancer, too. In the middle of my performance I brought her on stage and she happily obliged me. It looked like she enjoyed my performance a lot.”

Meanwhile, the makers of the show have already unveiled the winner’s trophy announcing that the grand finale will take place soon. The race to win this trophy is currently between Pawandeep Rajan, Arunita Kanjilal, Shanmukhpriya, Nihal Tauro, Mohammad Danish, and Sayli Kamble.