Mumbai: Actors Saif Ali Khan, Arjun Kapoor, Yami Gautam and Jacqueline Fernandez starrer Bhoot Police gets a release date! The film is scheduled to release on September 17. Taking to Instagram, Arjun shared the film’s new poster and announced its release date. “Ab baari hai bhooton ke darne ki! #BhootPolice arriving this 17th September on @disneyplushotstarvip,” he captioned the post. Directed by Pavan Kirpalani, ‘Bhoot Police’ is a horror-comedy, which was earlier slated to release in theatres. Due to the COVID-19 pandemic and shutdown of theatres in several parts of India, the film will now stream on Disney+ Hotstar VIP.

Fans are eagerly waiting for the movie’s release. “Can’t wait to watch it,” a user commented. “The plot of the film sounds interesting. Hope it entertains us,” another user wrote. A few days ago, makers had unveiled the first look of all the four lead actors of the film, which was shot in Himachal Pradesh.

The shoot of Bhoot Police was wrapped earlier this year and it was expected to hit the theatres on September 10. However, owing to the second wave of the pandemic, the theatres in the country were shut down once again. Bhoot Police will trace the story of a group of ghost hunters and their hilarious adventures. The upcoming movie is produced by Ramesh Taurani and Akshai Puri.

Yami Gautam on Thursday revealed her and Jacqueline Fernandez’s first look from the upcoming horror-comedy drama. Yami took to her Instagram handle and introduced her character as ‘Maya’ and Jacqueline’s character as Kanika from the forthcoming film, which also stars Saif Ali Khan as Vibhooti and Arjun Kapoor as Chiraunji. “To enchant all with her charm arrives MAYA, in #BhootPolice. Coming soon on @disneyplushotstarvip,” Yami captioned the post. In the poster, Yami looks ethereal while sporting an off-white dress. She can also be seen holding a cresset in her hand. 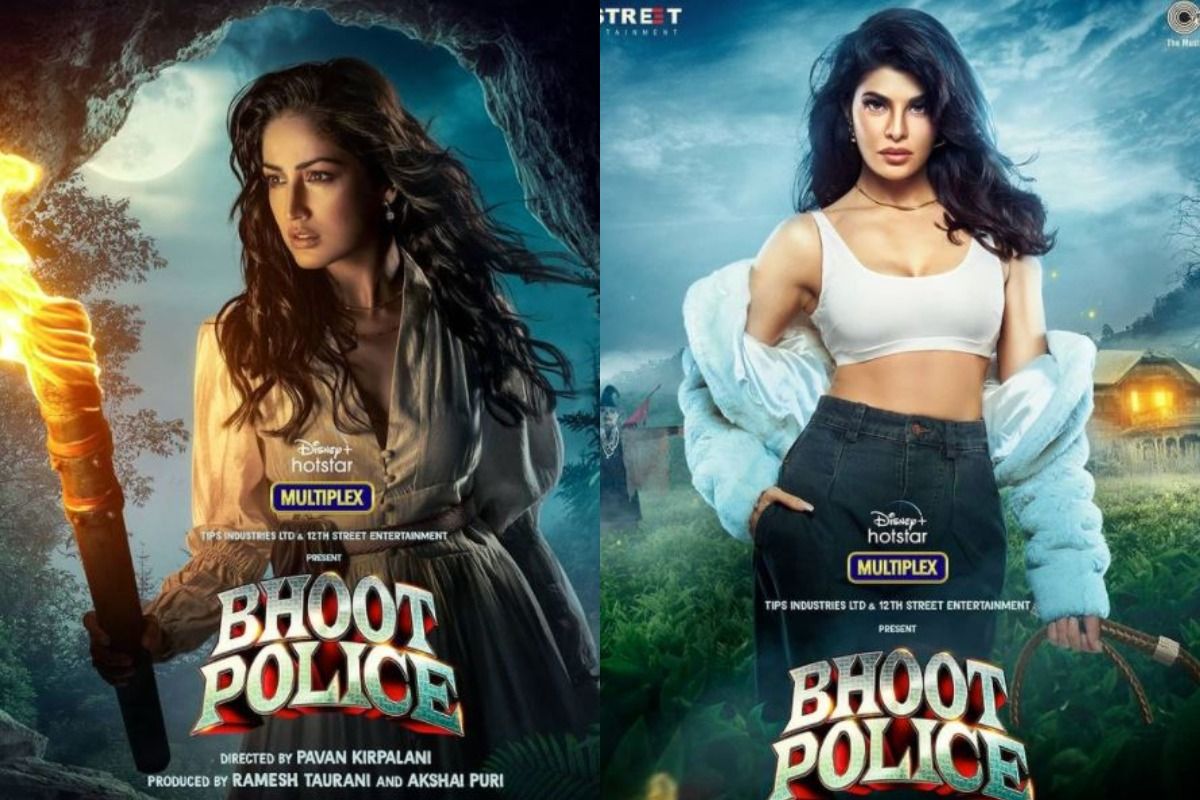 In a previous report, the satellite and digital rights of Bhoot Police have been sold to Star Network for a sum in the range of Rs. 60 to 65 crores as compared to the budget of Rs 40 crores. With this deal, the producer, Ramesh Taurani, has made an easy table profit in the range of Rs. 20 to 25 crore with some more income expected from the sale or exploitation of music and other rights.