Mumbai: Marking International Yoga Day, actor Kareena Kapoor Khan shared her stunning bikini picture as she poses on a beach. Taking to the Instagram story, she uploaded a picture of herself in a stunning bikini as she flaunts her perfectly toned and fit body. In the photo, she can be seen performing a yoga asana with ocean at the backdrop. Her message on Yoga Day was loud and clear. She captioned it, “Free Your Mind”. She also added a few blue heart emojis to her post and we are just loving the photo. 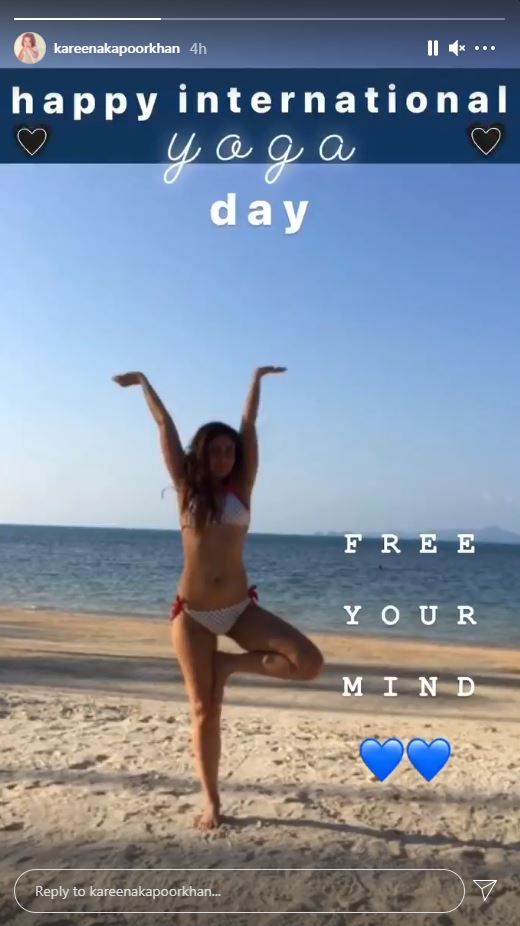 Kareena had hit headlines last week after reports surfaced that the actor had asked for a whopping Rs 12 crore for the upcoming mythological period saga Sita. However, she was brutally trolled and netizens expressed their anger and called for her boycott. The netizens claimed that Kareena is hurting with their religious sentiments and that the demand of Rs 12 crores for a role is too much and is ‘against humanity’.

Kareena and Saif welcomed their second child in February, but have not yet revealed his face, or his name. Kareena after the birth of their second child, keeps teasing fans with her workout posts and often gives fitness goals.

Meanwhile, on the work front, Kareena will be next seen in Laal Singh Chaddha co-starring Aamir Khan. Helmed by Advait Chandan, the film is a remake of Tom Hanks’ Forrest Grump. The film is scheduled for a theatrical release this Christmas.