Mumbai: Bollywood’s most loved actor Urvashi Rautela never misses a chance to make her fans go crazy over her. Urvashi Rautela is known for her hot and sexy figure and the Miss Universe 2015 has this time again made headlines for an old video. The clip from a press event, shows Urvashi in a sexy emerald green bodycon dress sitting on a chair. As she tries to change her posture, Urvashi finds it difficult and struggles with her short-length dress. It looks like Rautela was uncomfortable in her fitted outfit.

Urvashi Rautela’s viral video has been shared by a fan page. The Great Grand Masti actor has an oops moment as she smartly rests one of her legs onto the other. This is an old video of Urvashi from 2019 when attended the movie promotions of Pagalpanti. With the dress, she went for a sans accessories look. She completed her sultry avatar with just her smile and nude sandals.

This green mini dress is a high-neck satin outfit from Asos.

Have a look at the viral video that is all over the internet now. 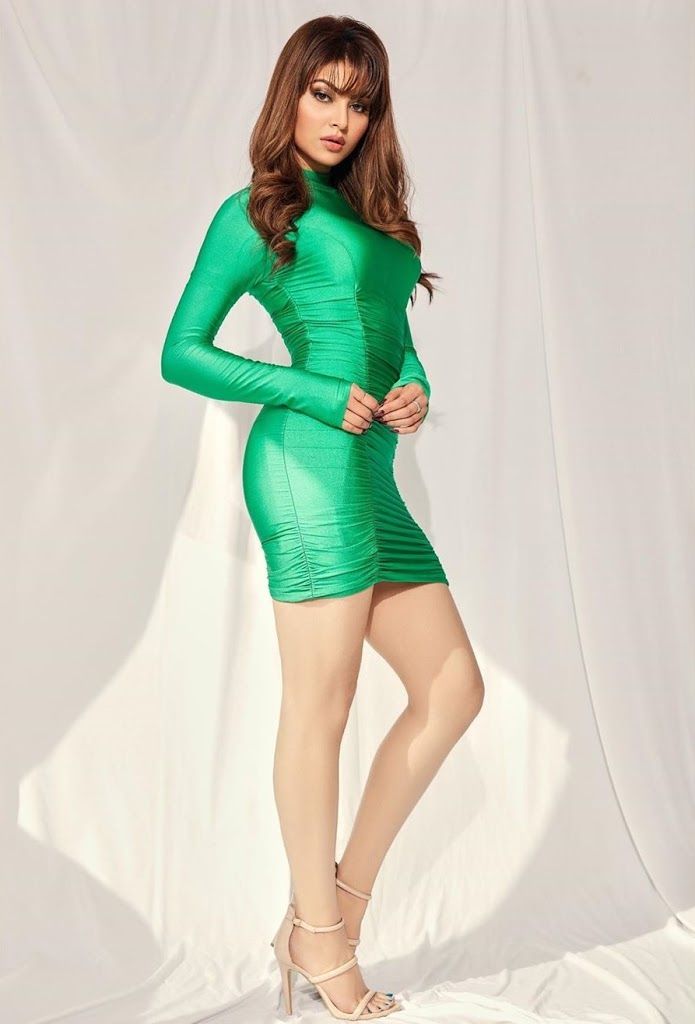 On the work front, Urvashi Rautela will be making her Tamil debut with a big-budget sci-fi Tamil film in which she will be playing the role of a microbiologist and an IITian, and later she is going to appear in a bilingual thriller “Black Rose” along with the Hindi remake of “Thirutu Payale 2”. Urvashi is starring in the web series “Inspector Avinash” alongside Randeep Hooda, which is a biopic based on the true story of super cop Avinash Mishra.