Remembering Sushant Singh Rajput: On June 14, 2020, at around 1 pm, actor Tahir Raj Bhasin was cooking at his residence in Mumbai when he got a call from his family asking if he was okay. He was taken aback because the question was asked in a tense tone. He checked his phone and realised what had happened. Sushant Singh Rajput had passed away. The news was all over the internet and he had received around 100 messages within a few minutes. “It was the lockdown. As it is we were living in the dark times like we are living now. But getting to know about someone you respected so much… it was devastating for me, for the fans, for his family, for everyone,” he says.

Tahir recalls that time in an interview with india.com. As part of our series #RememberingSushant on his first death anniversary, the actor who played the role of Derek, one of Sushant’s best friends in Chhichhore, spoke about the time when SSR proved that he was beyond movies. He says that it’s important to remember Sushant for who he was because ‘he was bigger than any part or any movie he did’. It doesn’t seem easy to open up about someone who left the world so shockingly but it’s important to remember him in the right manner. This conversation aims to do that without any controversy or sensationalism. Excerpts: 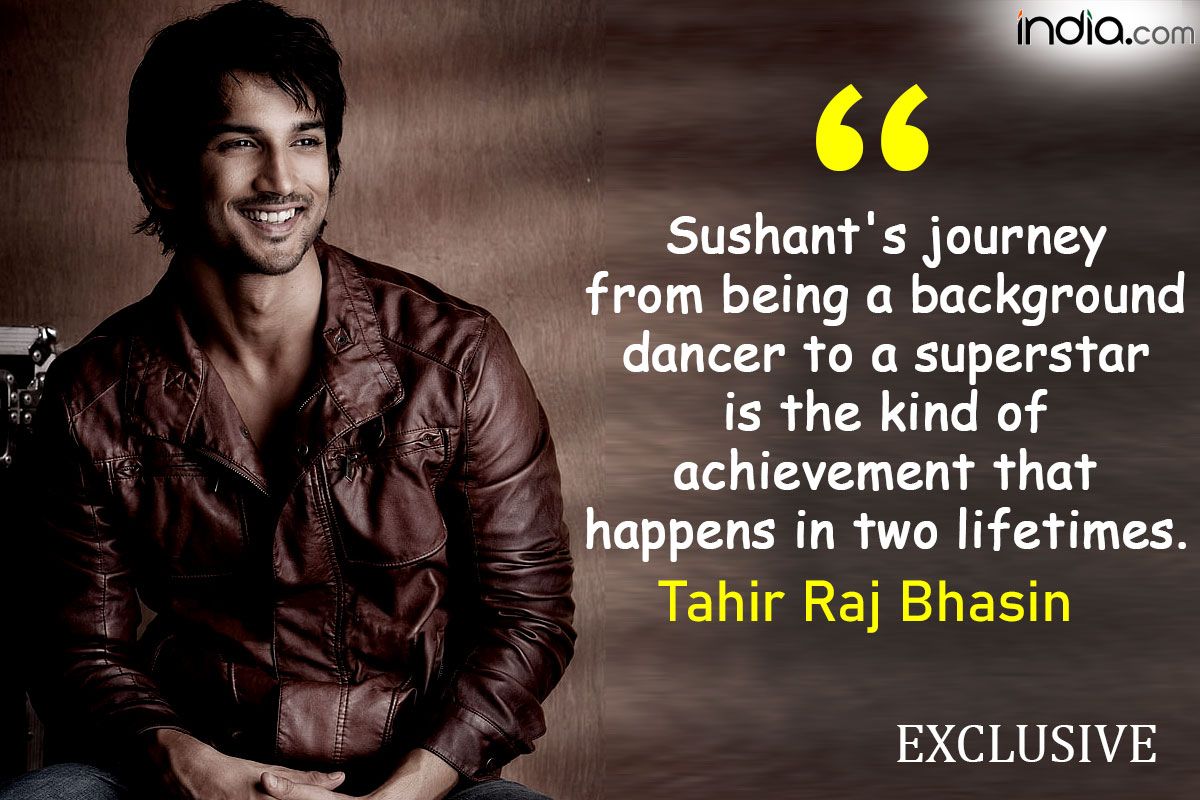 What are your memories of Sushant Singh Rajput?

I would first like to say that this is the first time in one year ever since his passing that I am doing an interview where I am speaking about Sushant. I feel like the way people dealt with his passing – maybe it was an emotional reaction, a sad reaction – I found that in a way, it was all taking away from what an artiste should be remembered for. I am someone who spent on and off about a year shooting Chhichhore with him. This was the last film that he actually shot for. The other film that released after Chhichhore (Dil Bechara) was actually shot before Chhichhore. Its release was delayed. So Chhichhore was the last film he did.

By the nature of the part we played, we were supposed to have that kind of bonding of very close friends. We were never friends before the film and unfortunately, soon after the film, he passed away. When you play a part, there is something about fiction that seeps into reality as well and your bonding on the set and off the set reflects what the script has in it. To a large extent, that happened. So, I am happy to be speaking about how an artiste should be remembered. Rather than the tamasha that happened. I don’t want to dignify it. For me, Sushant was an incredibly passionate and incredibly committed co-star. 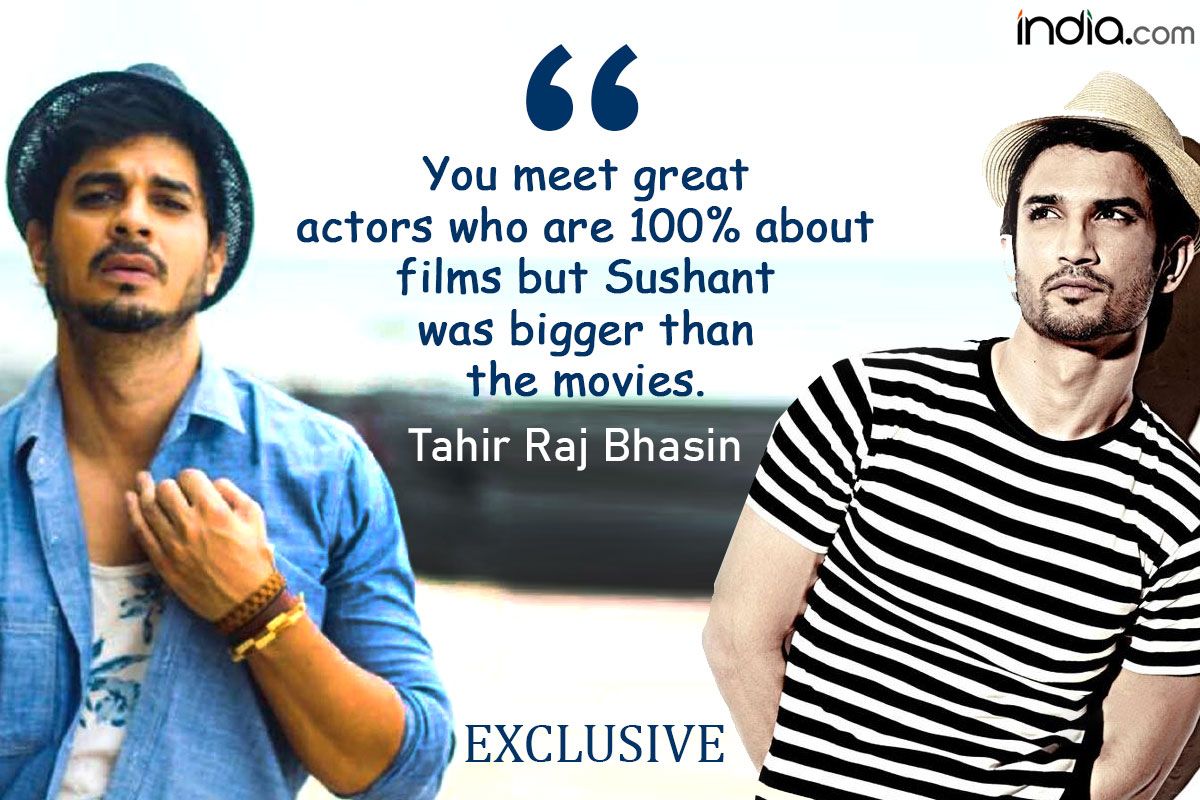 Do you remember how he used to be on the sets of Chhichhore?

He was a ’90s buff and I know this because the college throwbacks in Chhichhore were set in the ’90s. So the ’90s music used to always play in the vanity van. We had a common makeup room at that time. He was an excellent mimic. He was an excellent dancer and he was very spontaneous. Like all of a sudden, you would see him breaking into a Shah Rukh mode when a song was playing, or some days he would come in Hrithik mode. It was really his mood. He brought this energy of being the senior actor on the sets.

What is the first thing that comes to your mind when you think of Sushant?

Self-made is the first thing that comes to my mind. The first time I played a part (in any movie) was in Kai Po Che (2013) which was his debut movie as well. It was the first film set that I had ever been on. I remember watching that scene with him in the vanity van (while filming Chhichhore). That was a great throwback for both of us because he saw it and said ‘oh that was you, you were young’. It was very generous of him to watch it with me, and then make everybody else also watch it on the sets. And you have to see his journey from there… from working on TV to being the background dancer in troupes and then starring in Kai Po Che and many other films – it’s the kind of achievement that happens in two lifetimes. 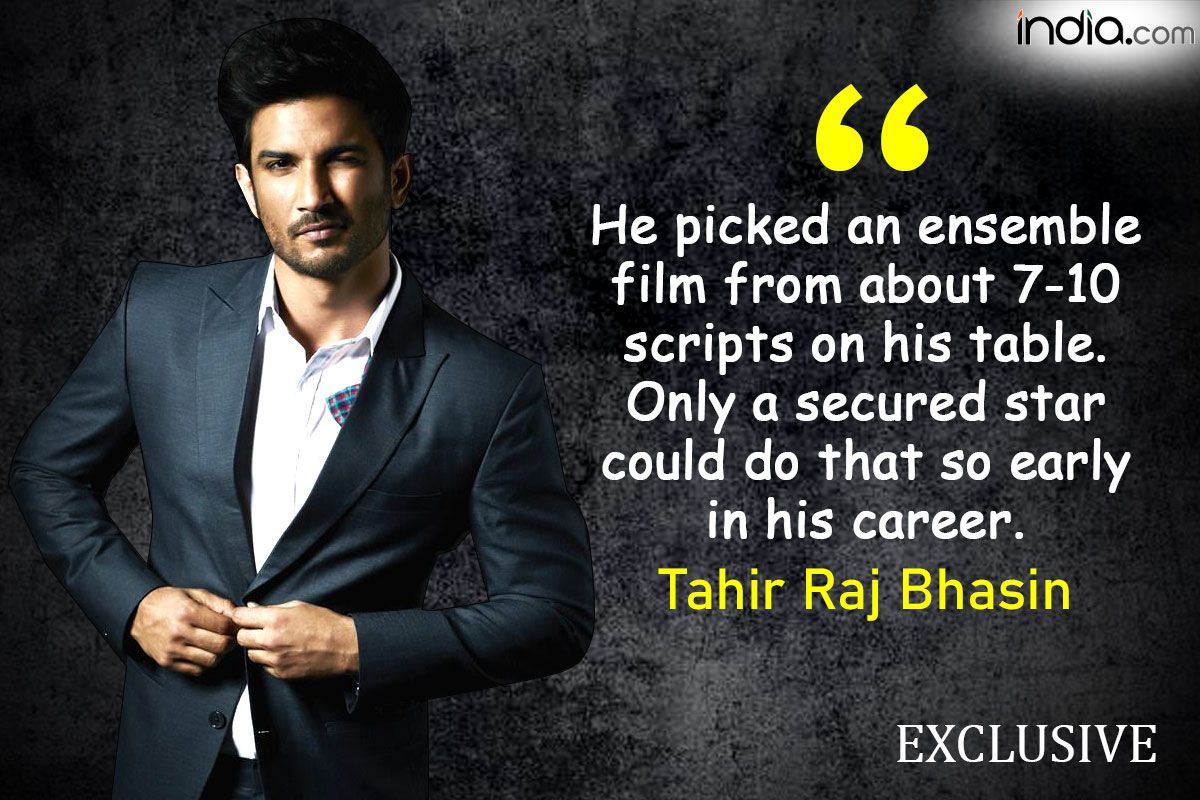 Was Sushant beyond Bollywood in some sense? Was he a different kind of actor?

What set him apart from all other actors was the fact that his life was beyond acting. When you had conversations with Sushant, it could range from astrophysics to quantum physics to gravity, playing the Sitar, martial arts. He just had a lot of diverse interests. You never got bored around him. There were days when you used to pack up, be at his place and he had a massive telescope at his house and you could look at stars as he often used to do. He loved to play table tennis. So there was so much more to his personality that set him apart. You meet great actors and great stars and they are 100 per cent about films but he was his films and so much bigger than movies.

He would pick the story and not the part. He had a passion for sports which is why he did MS Dhoni: The Untold Story. Even Chhichhore was an ensemble film, of course, he led the film but the story was about everyone and you have to be a very secure star to pick a part like that so early in your career at a stage where he was picking films. He must have had 7-10 films on his table but to pick a film like Chhichhore that had a message to it – says a lot about the kind of person that he was. 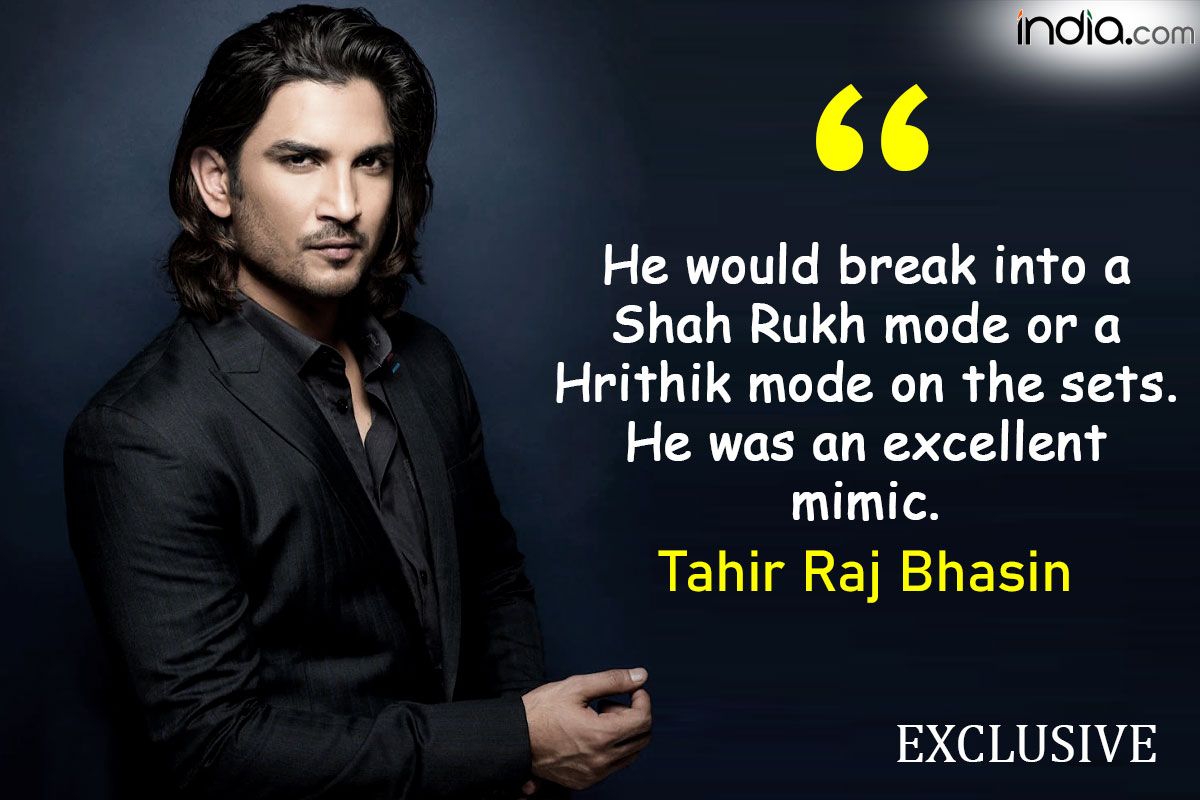 How should we remember him today?

I want people to remember him for the fact that he was self-made, that his intelligence was far superior to one part or one film could ever reveal to us and the choices that he made were intentionally unusual. There was no stopping him from doing down-the-line hero roles after where he was but he chose films that were different, out-of-the-box.