Rhea Chakraborty names Sara Ali Khan in drugs case: Almost a year after actor Sushant Singh Rajput’s death, a written statement of Rhea Chakraborty (his girlfriend at the time of death) to NCB has surfaced in which she is seen naming actor Sara Ali Khan. A written statement given to the Narcotics Control Bureau (NCB) in the drugs case connected to the SSR death case has emerged in which Rhea talks about ‘rolling marijuana joints’ with Sara in the year 2017.

A report in Zee News has published the copy of the statement submitted by the NCB as part of its charge-sheet in the case. Rhea has written about her WhatsApp chat with Sara in the statement. On June 4, 2017, as revealed by the actor, she was offered rolled marijuana joints and vodka by Sara who used to share ‘hand-rolled doobies’ with her. 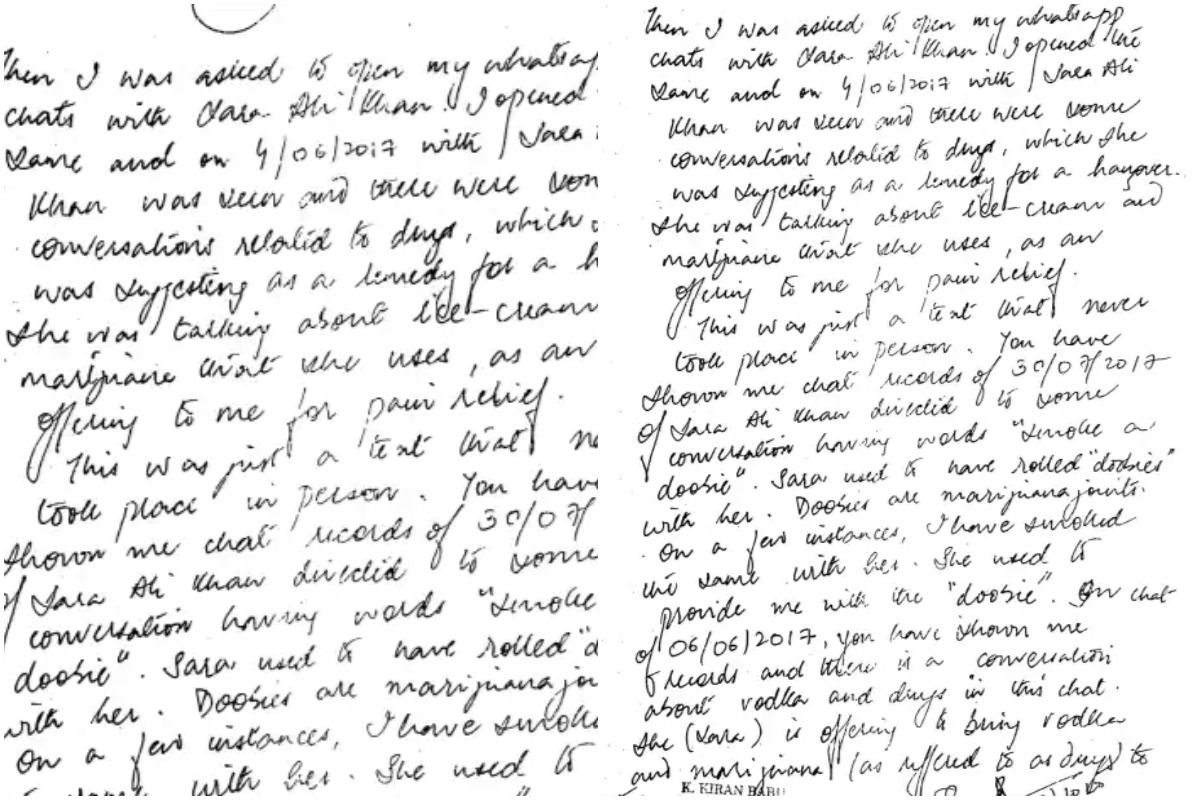 A copy of Rhea Chakraborty’s statement to the NCB

Sara, who has reportedly confessed to the NCB about briefly dating Sushant during the release of her debut film Kedarnath, had also gone on a Thailand trip with the actor. As mentioned by the late actor’s flatmates and friends, she was also a regular visitor at Sushant’s farmhouse. It was after breaking up with Sara that Sushant started dating Rhea who was also his live-in partner until a few days before his death. She is currently facing abetment to suicide charges by the late actor’s family members in the case that is being probed by the Central Bureau of Investigation (CBI), while the NCB is investigating a separate drug nexus in connection with the death case.

Last year, in July, Rhea had even faced a jail term of 28 days in the same case. She is currently out on bail while no concrete findings have emerged from the cases being handled by the NCB and the CBI.

Sushant was found hanging to the ceiling fan of his apartment at his Bandra residence on June 14. While the police called it a case of suicide, his family and fans filed a separate case in Bihar alleging abetment to suicide in the matter.