Mumbai: Actor Kangana Ranaut is no more on Twitter but nothing can stop her from speaking up her mind. On Instagram, she often shares videos, photos and Insta stories as she interacts with her fans. But, sometimes she is also meticulously scouts through the comments section of other celebrities and even responds to them. Recently, she reacted to Ayushmann Khurrana and Vikrant Massey’s comments on Yami Gautam’s wedding pictures. However, her ‘complex and layered’ message left many netizens confused and called it ‘Inception Level’.

Some even scratched their heads and asked, “Kehna kya chahte ho?” 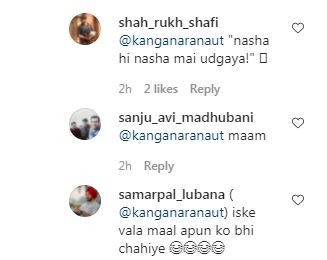 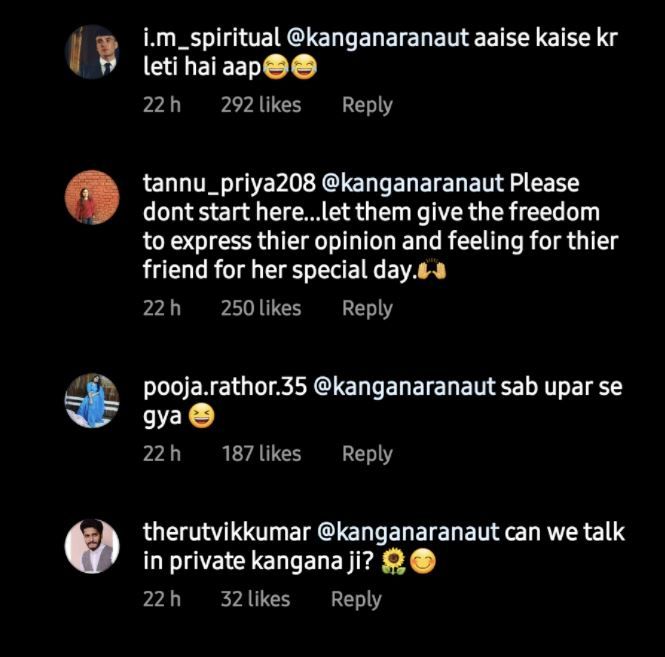 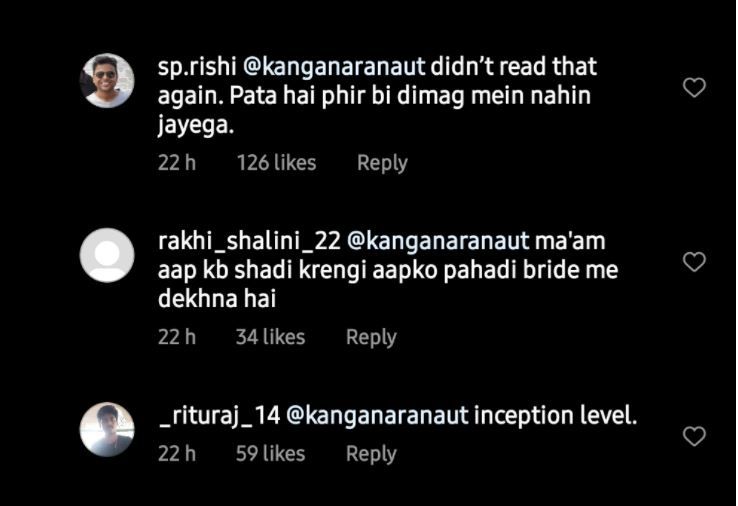 Yami Gautam tied the knot with Aditya Dhar on June 4. She shared several pictures from her wedding ceremonies on Instagram. Manu celebrities were pouring congratulatory wishes to the actor including Vikrant Massey and Ayushmann Khurrana. When the Vicky Donar actor wrote, “Real. Simple. God bless (sic)”, the Queen actor responded by saying, “As a matter of fact made up and artificial is most simple because it is so basic and easy to read that kind of show off but ancient and traditional especially when our history is older than the time itself makes it most layered and complex so what is organic isn’t necessary simple if you got perception to know the complexity of subtlety (sic).” 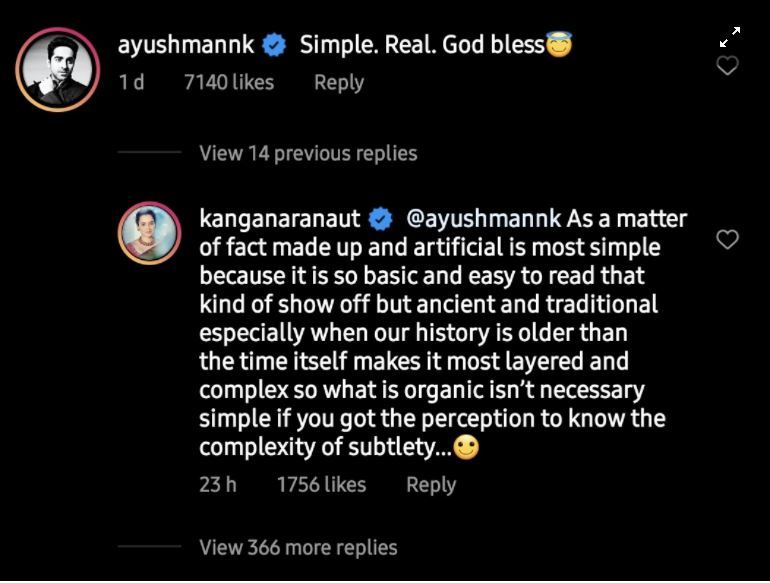 Vikrant Massey also became the target of Kangana after he joked, “Pure & Pious like Radhe Maa (sic).” Kangana responded by saying, “Kahan se nikla ye cockroach..lao meri chappal. (Where did this cockroach come from? Someone get my slippers),”

Meanwhile, Kangana’s Twitter account was permanently suspended after a controversial tweet over post-election result violation in Bengal. As per the Twitter spokesperson, she repeatedly violated Twitter policy on ‘hateful conduct and abusive behaviour’. The micro-blogging site’s spokesperson told Wion, “We’ve been clear that we will take strong enforcement action on behavior that has the potential to lead to offline harm. The referenced account has been permanently suspended for repeated violations of Twitter Rules specifically our Hateful Conduct policy and Abusive Behaviour policy. We enforce the Twitter Rules judiciously and impartially for everyone on our service.”

On the work front, Kangana is awaiting the release of his upcoming film Thalaivi, based on Tamil Nadu chief minister J Jayalalithaa. She also has Dhaakad in the pipeline. She has also announced the sequel of Manikarnika which is based on the chronicles of ‘The Cleopatra of Kashmir’s Didda’ who rules the valley during the 10th and 11th centuries. She has also announced Aparajita Ayodhya, which is based on the Babri Masjid demolition incident and a yet-to-be-titled film based on the exodus of the Kashmiri Pandits.