Meghan Markle and Prince Harry welcomed their second child – a baby girl on Friday. The couple released a statement on Sunday which read, “It is with great joy that Prince Harry and Meghan, The Duke and Duchess of Sussex, welcome their daughter, Lilibet “Lili” Diana Mountbatten-Windsor, to the world. Lili was born on Friday, June 4 at 11:40 a.m. in the trusted care of the doctors and staff at Santa Barbara Cottage Hospital in Santa Barbara, CA. She weighed 7 lbs 11 oz. Both mother and child are healthy and well, and settling in at home. Lili is named after her great-grandmother, Her Majesty The Queen, whose family nickname is Lilibet. Her middle name, Diana, was chosen to honor her beloved late grandmother, The Princess of Wales.” 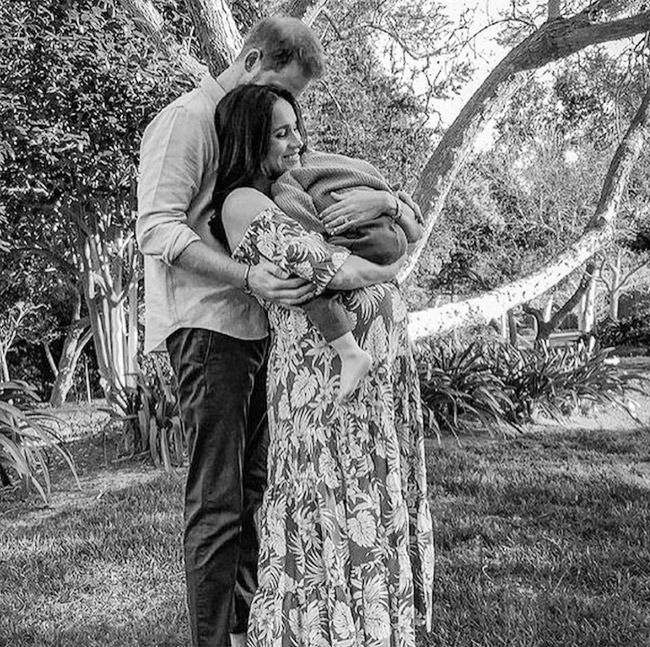 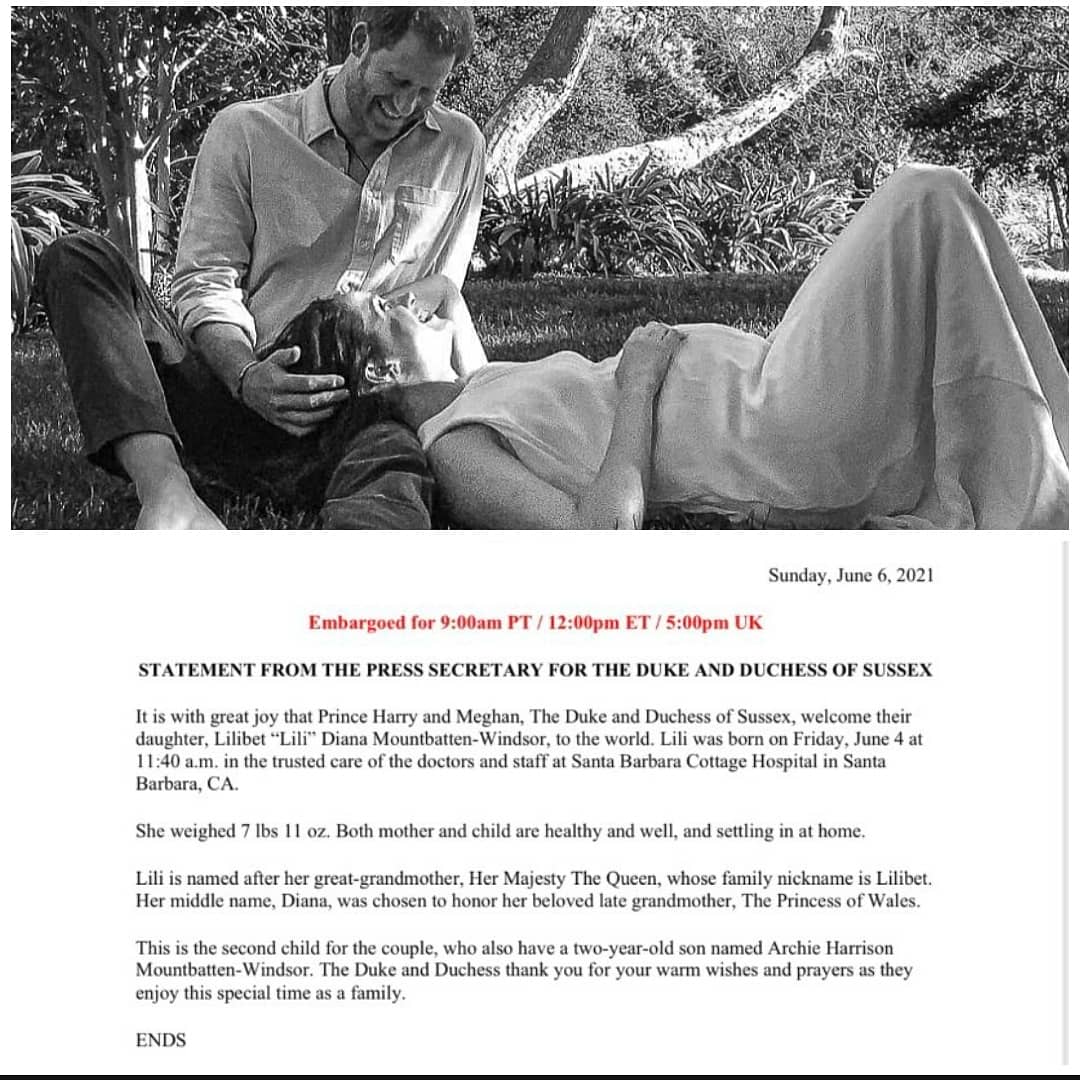 Meghan and Harry also took to their Archewell website to share, “On June 4th, we were blessed with the arrival of our daughter, Lili. She is more than we could have ever imagined, and we remain grateful for the love and prayers we’ve felt from across the globe. Thank you for your continued kindness and support during this very special time for our family.”

Britain’s Duchess of Sussex Meghan Markle has given birth to her second child, a baby girl, who she and husband Prince Harry have named after Queen Elizabeth and his late mother Princess Diana: Reuters

https://platform.twitter.com/widgets.js
During their interview with Oprah Winfrey in March, the couple revealed that they were expecting a baby girl. They also shared that they won’t have any more children post-birth of their daughter. 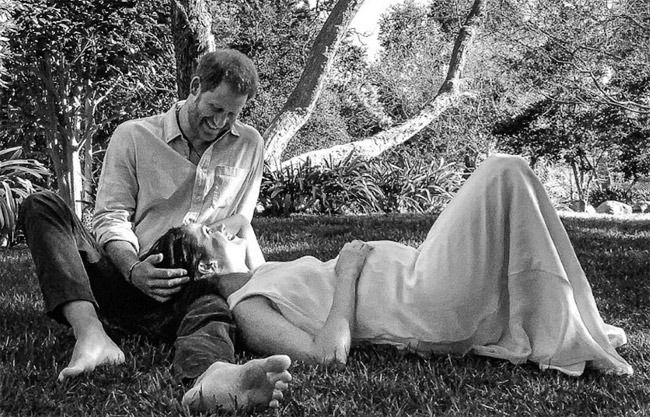 The couple announced their pregnancy in Valentine’s Day and shared, “We can confirm that Archie is going to be a big brother. The Duke and Duchess of Sussex are overjoyed to be expecting their second child.” Speaking about the arrival of baby girl, Harry had earlier said, “Grateful, having any child, any one or a two would have been amazing, but to have a boy and then a girl . . . now we’ve got our family and we’ve got four of us.”

The good news came after Meghan revealed that she suffered a miscarriage last July. In an essay in New York Times, she wrote, “Losing a child means carrying an almost unbearable grief, experienced by many but talked about by few.”

Meghan and Harry officially stepped down from their roles as senior royals last year.