Bollywood actor Janhvi Kapoor has set the internet on fire on Saturday evening after she shared a new set of hot pictures in an orange bikini as she flaunts her perfectly toned curves. The actor is seen lying down on a rock wall in a sizzling bright orange bikini. She matched her look with a long shrug overthrown over her bikini. With just minimal makeup and a pair of earrings, she flaunts her contagious smile. In the other two pictures, she can be seen lying on the rock wall as she is being sun-kissed.

Sharing the hot photos, she wrote, “May we start to walk lightly on this earth the way that other creatures do. May we recognise that our environment is the one thing that we all share.”

Check Out Her Photos Here: 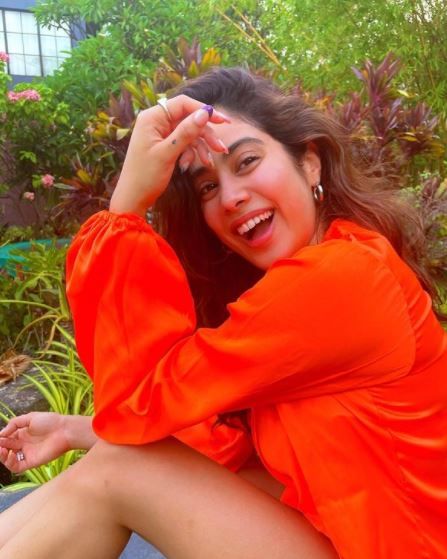 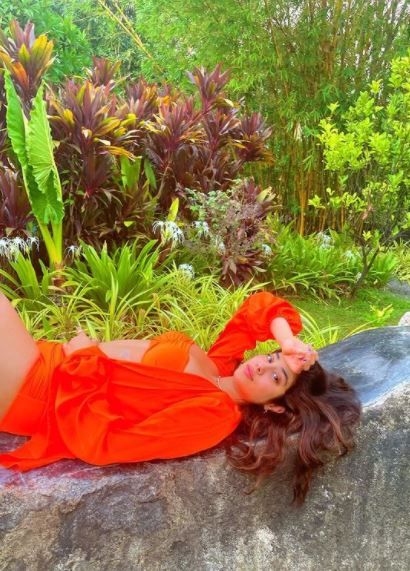 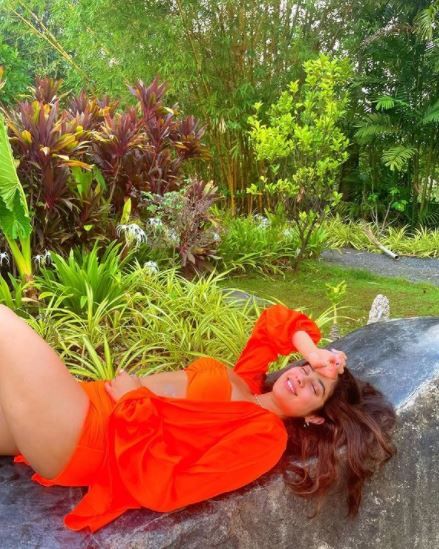 Recently, Janhvi shared a glimpse of her lockdown hobby – painting. She asked her fans, “Can I call myself a painter yet?”