Mumbai: After the news of Drishyam 2 Hindi remake broke, another announcement about the film arrived. There has been a quarrel between producer Kumar Mangat and Viacom18. Production company Viacom 18 Motion Pictures, who co-produced the first part of Drishyam starring Ajay Devgn, Tabu and Ishita Dutta in main roles with Mangat, have legally objected against Mangat’s move as they claim that the film’s rights belong to them also. As Mangat went ahead with stage set up, Viacom filed a legal suit against the producer.

A source said to E-Times, “Viacom 18 Motion Pictures have told Mangat that they cannot be dissociated from this project. They have also told him that he cannot make ‘Drishyam 2’ on his own or with someone else. The very fact that Mangat yet went ahead to set up the stage for it has irked them and hence, they’ve filed a legal complaint against him. The first hearing of the case in question is going to be held, very soon.” 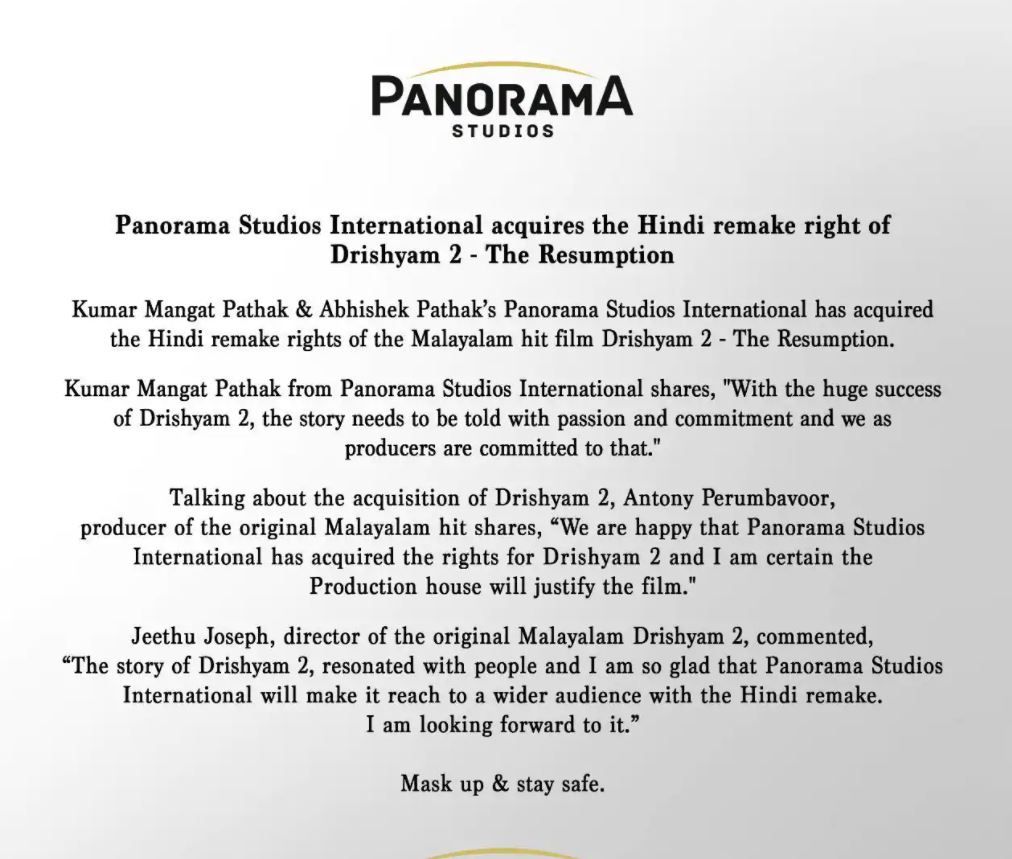 Drishyam 2 is set six years after the events of the first film. It follows the struggle of the Salgaonkar family, which has now become the subject of gossip and ridicule in the village.

Drishyam 2 is one of the most successful films of 2021 so far and people have been quite impressed with its content and performances. Talking about the film’s business, Drishyam 2 made on a budget of Rs 20 crore, has garnered a total collection of Rs 40 crore and a profit of Rs 20 crore with its Amazon Prime release, which is undoubtedly impressive.