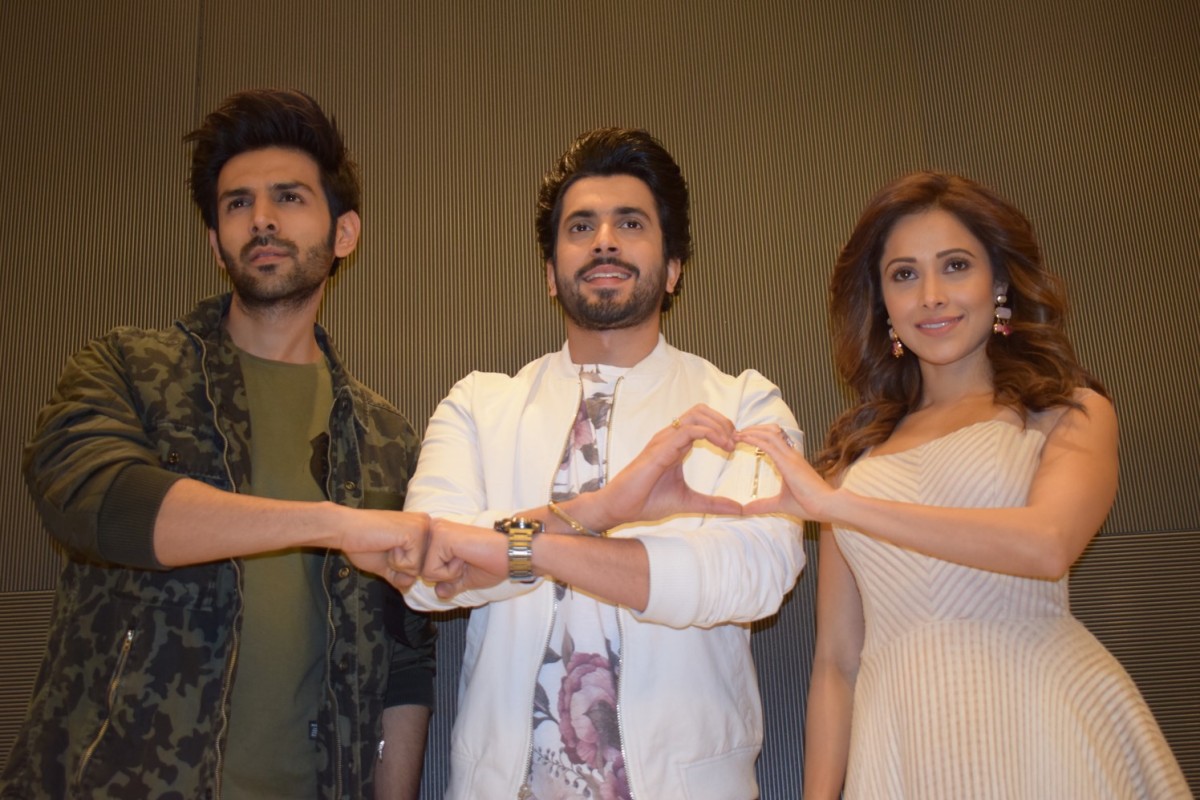 On asking Kartik about the movie and the title he stated, “I think this movie is different, no films since now have showcased such a story which relates to romance and bromance as well. Sonu Ke Titu Ki Sweety touches the topic where a guy and a girl fighting for a guy. One for his friend and other one for Love. This movie maintains the dimension of love and brotherhood together. I am sure everyone will love this concept. We are not over confident but confident for the same.” On the comparison of Punchnama Sequel, he said, “It’s not the sequel of Punchnama obviously, there is a difference in both the films, the time you watch Sonu Ke Titu, you will realise the difference.” The leading actress Nushrat also seemed excited, for the songs of the film she stated, “We have great music in the film, the Honey Singh tracks are really special, and we worked too hard to maintain the same magic while shooting for the songs.”