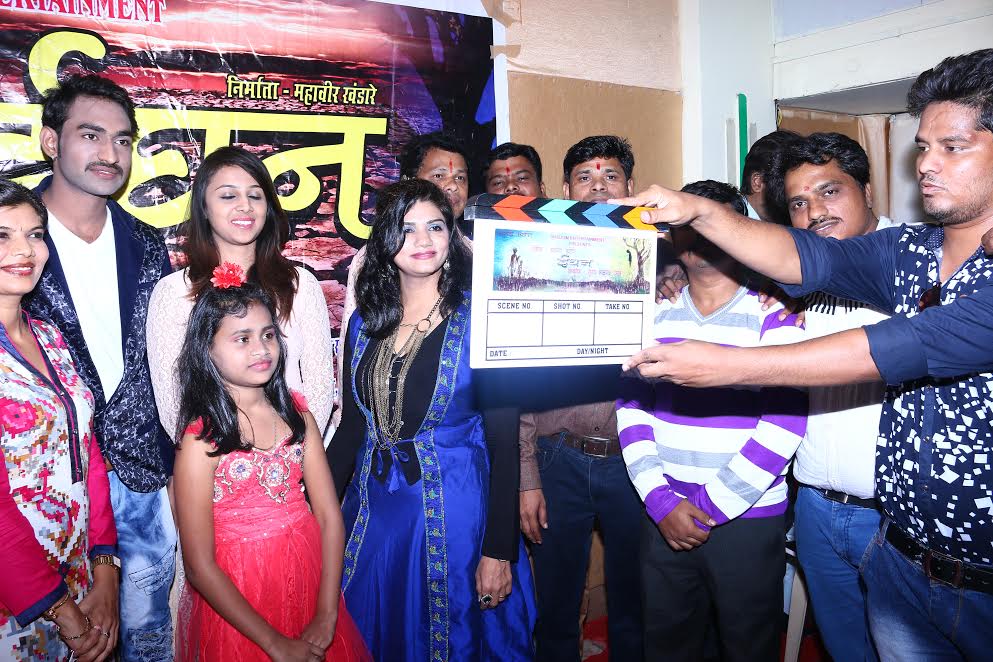 Mahurat of Marathi film EGHAN, Produced by Mahavir Khandare, took place on 10th March 2017, at Platinum studios, which was graced by the presence of the entire cast and crew of he film. Followed by the pious ceremony​ of the Mahurat was the cake cutting ceremony. The cast and crew of Eghan interacted with the press and poured their hearts out about how they feel about the film. The name of the film ‘Eghan’ means struggle and the film written by Arun Sawang, Directed by Sumedh Umale, talks about the struggle faced by our farmers in their day-to-day lives. The lead of the film, is a victim of this troublesome life and how he finds a way out of this not only for himself but also for the villagers is portrayed beautifully in the film making us realise the importance of our farmers and their lives. Every starcast who is a part of the film has taken the subject very personally and are already into their respective characters which shows their excitement and connection with the film. They are all set to begin The film is all set to go on floors from 15th of March at Saigaon followed by Shimla. Looking at the personal involvment of every member of the unit this film seems to have already made its place in our hearts..
Present among the starcast of the film were Jaywant Bhalekar ,Vijay Patil,Sayli Salunkhe,Sandesh Ahire,Mahendra Sawang,Dipak Jadhav,Dilip Karad,Dipak Gorewar,Vijaya Kotkari,Akansha Jadhav,Harichandra Bhandare,Archi Vankar.