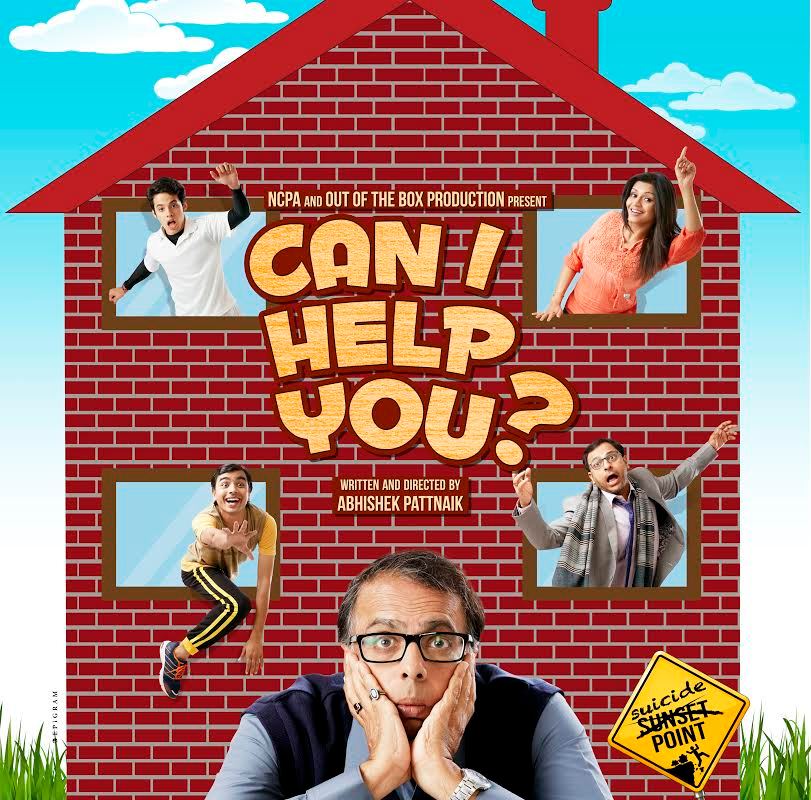 NCPA and Out of the Box Production are back with their show Can I Help You? An English Situational Comedy! It’s a play that’ll make you laugh until the very end.
Title: Can I Help You?
Synopsis: A comedy about a retired insurance agent who is desperate to sell his ancestral house in Darjeeling to solve all his problems. Ramakant Krishna is fondly known as Don for the record of selling 101 policies in a year. Unfortunately, this time he has been unsuccessful in selling his own house. The biggest problem is that the house is located near a ‘Suicide Point’.
Cast: Ananth Mahadevan, Darsheel Safary, Joy Sengupta, Bhavana Pani and Neel Gagdani
Directed By: Abhishek Pattnaik
Date: 12th March 2017
Time: 7:00PM
Venue: St. Andrew’s Auditorium, Bandra