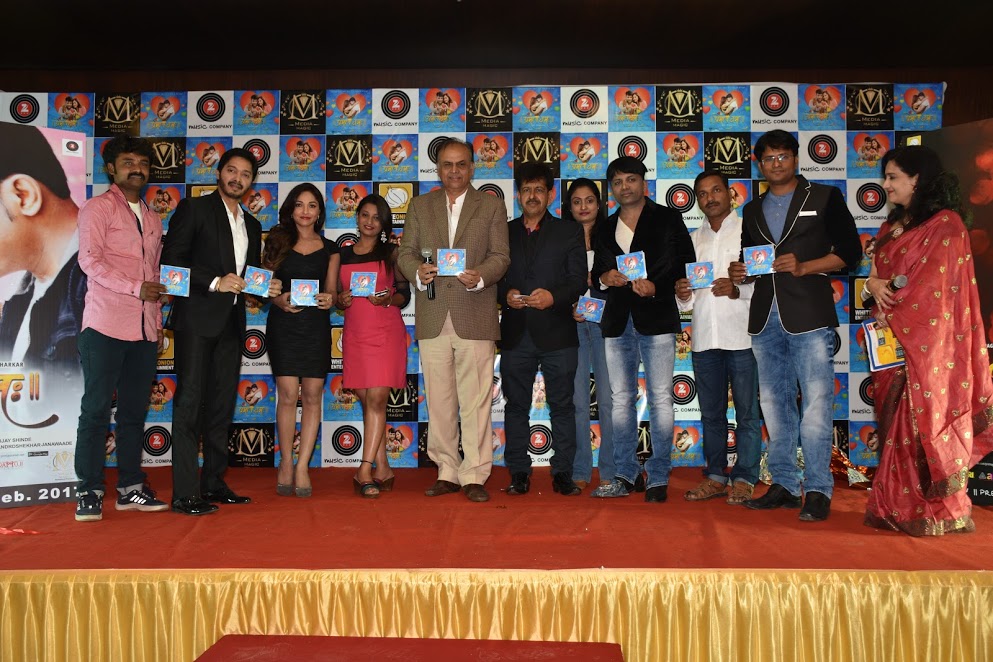 Around Valentine’s Day a lot of romantic films get released. One such love story is in the offing in the form of Premay Namah! As the name suggests, though it’s a love story, it’s treatment in all the departments viz. story, direction, music, locations etc., is different than run of the mills love stories. In the history of Marathi Film industry the makers of the film have shot a romantic song Underwater. The said song’s lyrics ‘Zalo Bebhaan Mi’ are penned by Chandrashekhar Janawade and is composed by K. Sandipkumar-Chandrashekhar. Singers Shahzad and Pamela Jain have lent their sweet voice. All these composer-lyricist-singers combinations have resulted into a lilting romantic number which definitely will rock music charts. The music launch was done on the 6th of February 2017 at the hands of, marathi filmdom’s ‘Baaji’ and hindi film industry’s ‘Iqbal’, Shreyas Talpade and in the midst of entire cast and crew of Premay Namah and many celebrities from marathi film industry. Speaking on the occasion Shreyasji said ‘Marathi films have always been rich in content and performances. It’s heartening to witness marathi films’ progress in technical areas too. I’m highly impressed with Premay Namah’s Underwater song and wish the entire team great success’