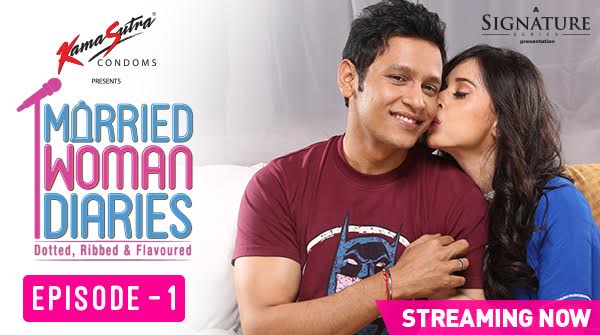 Tired of melodramatic soaps that you really can’t relate to? If you are craving for something different and fresh to keep you entertained, then SonyLIV, the complete digital entertainment platform with content for audiences across genres, has just the show for you! The platform is all set to roll out ‘Married Woman Diaries’, a brand-new original digital series directed by Kabir Sadanand which chronicles the lives and issues of an urban couple through the perspective of the female partner.

Produced by Frog Unlimited, ‘Married Woman Diaries’ is a humorous take on the lives of Shweta, a stand-up comedian, played by Suzanna Mukherjee, and her husband Rishi, a senior marketing manager in an ad agency, played by Abhishek Rawat. As different as chalk and cheese, the two are still head-over-heels in love with each other even after two years of being married. But as Shweta deals with the changes in her husband post marriage, love seems to be gasping for breath amidst wet towels and messy kitchens, leading to hilarious situations that firmly establish that marriage, in this case, is definitely the mother of all entertainment!
With every episode showcasing the issues, differences and disagreements that the couple deals with on a daily basis, the 10-episodic web series will be available on SonyLIV’s web and mobile platforms from December 26, 2016. Episodes will range in duration from 12 to 15 minutes and will offer funny insights into marital life, from the wife’s point-of-viewThis show is completely in sync with SonyLIV’s renewed brand ethos, ‘We LIV to Entertain’, and underlines the platform’s status as the ultimate destination for experiencing diverse, high-quality entertainment with engaging stories and a talented troop of performers.