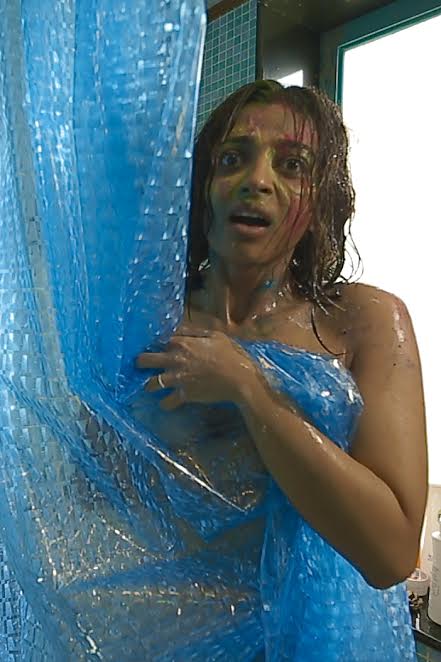 The actress battled leaks of sexual content from her films when clips from Madly and Parched made their way to the internet. Last year pictures of a woman in the shower had started doing the rounds. But at that time Radhika decided to take matters into her hands and had posted a stern message on social media which read, “You guys! If you’re going to get someone to pass off as naked me, she needs to look a lot more like me.“

Now, for the twist in the tale… In a case of real meets reel, the actress is shown as a victim of a leaked shower clip in her upcoming film Bombairiya in which she plays a publicist named Meghna.

Filmmaker Michael E Ward confirms the news, saying, “Yes, we do have such a scene in our film which was shot around the same time when a clip from Anurag Kashyap’s film, Madly, was leaked. For a while we were afraid that we may have to change our script as Radhika who was really upset about the real leak might be uncomfortable shooting it. But she’s a brave girl and bounced back strongly and agreed to do the scenes. Her character is a film publicist whose phone is snatched on the street. She chases after the thief frantically because there’s a an MMS in it of her in the shower after a Holi blast which she knows could be embarrassing to her as well as the Bollywood actor she works with.“

Michael is quick to add that they weren’t trying to cash in on Radhika’s real life controversies, “The scene was always a part of the script and Radhika understood that.We are definitely not exploiting what happened to her earlier,“ he asserts.