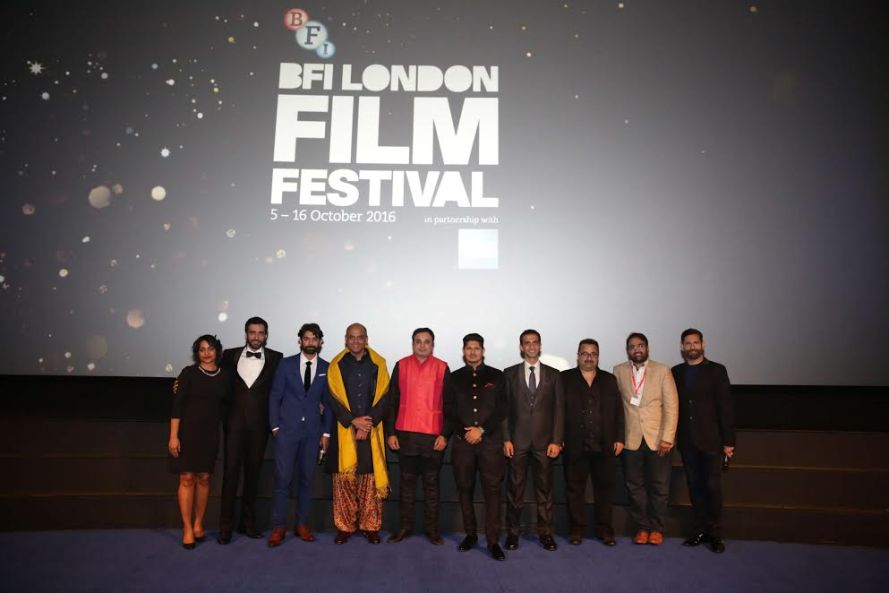 ~The film is ahead of Konkona Sen’s directorial debut A Death in the Gunj, and Alankrita Shrivastava Lipstick Under My Burkha in the Must-Watch Films at Jio MAMI 2016~

~Owing to Barun Sobti’s popularity #YouAreMySundayatLFF is trending No. 1 in Morrocco and Middle East~

Mumbai, October 16, 2016: In a new audience building initiative Jio MAMI’s 18th Mumbai Film Festival With Star conducted a poll on Facebook on 14th October, 2016 asking the audience to list their must watch films in the film festival.

Tu Hai Mera Sunday (THMS ) emerged as the top choice among the must watch films in the audience poll, followed by Yours lovingly, A Death in the Gunj, and Lipstick Under My Burkha.

The film grabbed the maximum votes out of the 23 movies in less than 24 hours. It is leading with more than 200 votes at present.

#YouAreMySundayatLFF is trending No. 1 in Morrocco and Middle East, owing to the popularity of TV star Barun Sobti who featured in a hugely popular show Iss Pyaar Ko Kya Naam Doon

Followed by its world premiere at the prestigious 60th BFI London Film Festival recently, Tu Hai Mera Sunday is all set to have India premiere at the 18th Mumbai Film Festival, 2016 in the competition category, “India Gold” which screens the best of Indian films from across the country.

Delighted by the results, writer-director Milind says, “As rank outsiders in the filmmaking world, one always wonders if we’ll get noticed. It’s nice to see the film get this kind of attention.”

The producer Varun, touched by the response said, “”It was really heartwarming to see the reactions of the audience at BFI last night and we are now every excited to see how people react to the film back home. ”

In the maddening congestion of Mumbai five regular guys share a common goal: to play football at Juhu Beach every Sunday. While each one has their reason to look forward to the Sunday morning, there’s no doubt it’s a high point of their week. One Sunday, as a result of the actions of a senile old stranger who joins their game, a ban is issued on playing games at Juhu Beach. The group now has to look for a new place to play in the crowded city of Mumbai. More than just football, the film is about each of their lives and how each one deals with their own physical and emotional space.

About the writer-director- Milind Dhaimade

Milind Dhaimade is an ex ad man who quit advertising at the height of his career to make films. In 2010, he along with his wife Rajul, started “Love & Faith” a film making and design company. So far he has directed over 100 TV commercials.