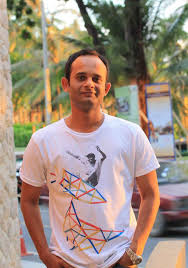 Directing a biography is definitely a penultimate task to fulfil especially it is a tale which has been a nationwide news. Writer, director Soumendra Padhi has meticulously balanced such a sensitive subject with kid’s gloves and the outcome is sheer brilliance.

While watching the movie, one almost had doubts that it was taking the trip of a documentary or arty film. Over the next 15 minutes into the film and you are wowed with the innovative treatment to the subject. Never ever has Soumendra resorted to commercial tricks of magnifying scenes by building momentary tension. The subtlety paid off and as audiences you are totally glued to the scheme of things that unravel.

Orissa has been creatively shot, the magical landscape shots and the subtle comedy scenes have been beautifully woven into the script.

Soumendra has got just the right dose of making it an inspirational sports film without resorting to the road taken by the earlier sports film directors. That’s where he stands out!