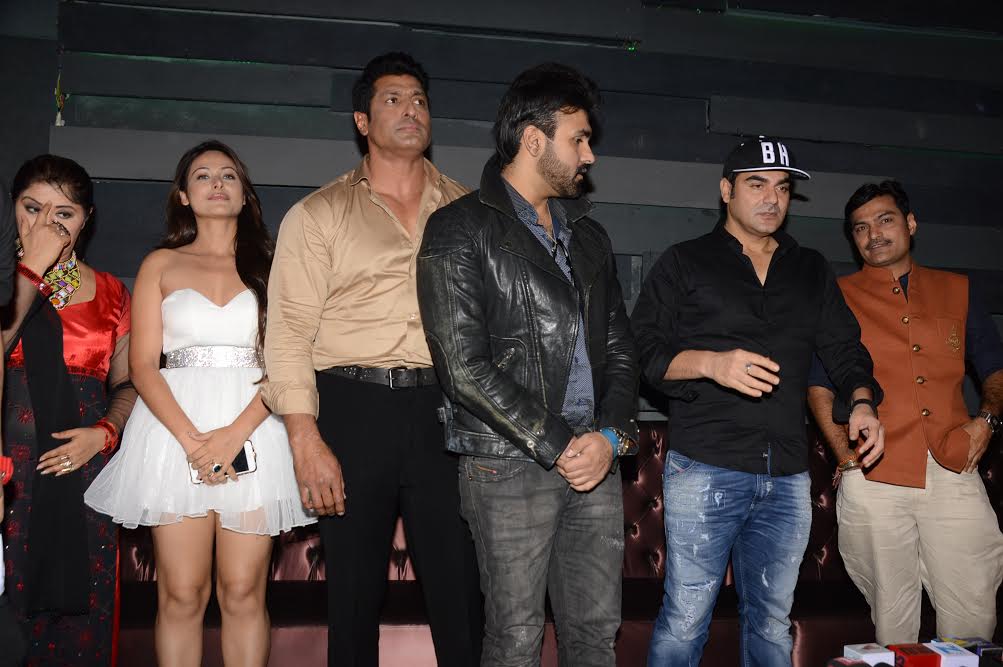 Cricketer turned actor, Salil Ankola will star in a movie starring Arbaaz Khan & Sunny Leone titled ‘Tera Intezaar’ to be directed by the debutant director Raajeev Walia. The film is a musical romance genre movie. The film would be shot extensively in Mumbai, Kutch and International Locations.

Salil is soon all set to begin shoot for a mythological TV series titled ‘Shani’. Salil plays the most powerful and important role in the soap that of lord ‘Suryadev’. The actor was last seen on TV in ‘Power Couples’ with his wife Ria and the two had the most inspiring love story to share bidding adieu to the show two weeks before it came to an end; while Arbaaz Khan was the host for the season.

Salil’s last Hindi film in a negative character was ‘Chura Liya Hai Tumne’. Speaking on the occasion of the mahurat of the film in Mumbai, Salil said “I am glad to be a part of the project, musical romantic drama is a genre that has not been explored much and is loved by the young audiences in the country. I am sure that the audiences will love the new pairing and the chemistry between the actors.”