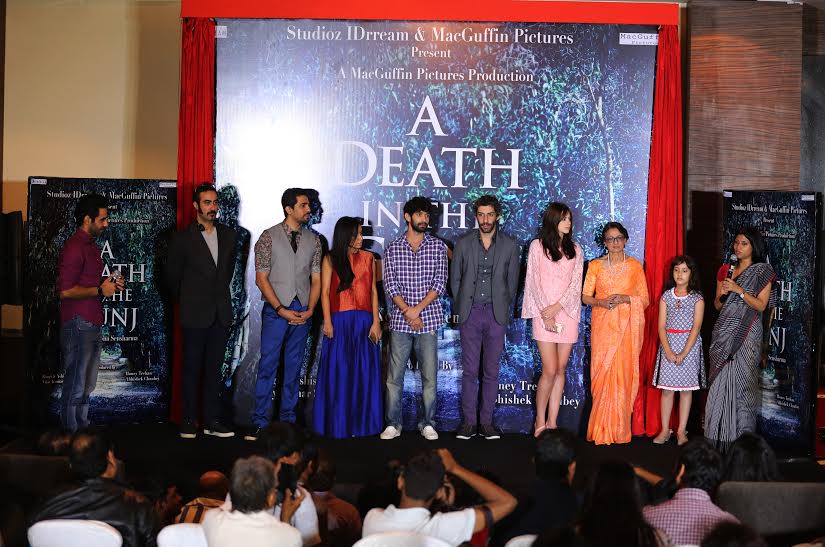 It was an evening to remember as Vishal Bhardwaj and Gulzar saab launched Abhishek Chaubey and Honey Trehan’s new production house ‘MacGuffin Pictures’ at an event held on Tuesday.

The media and the industry came forward in full force to support the launch of the duo’s new production house and their first production ‘A Death In The Gunj’ that marks the directorial debut of Konkona Sen Sharma.

The film also sees the revival of IDrream Production as IDrream Motion Pictures with their new venture Studioz IDrream.