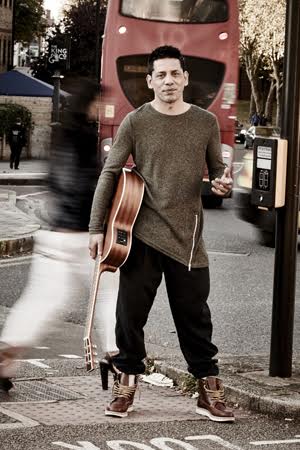 Every year Salman Khan’s birthday is celebrated with much fanfare and grandeur by his fans and close friends, but this year a special surprise is coming his way. Though his birthday is a month away but his friend from UK is all set to surprise him.

A former world lightweight kickboxing champion Ali Jacko who is based in UK, will fly down to meet the actor on his birthday and surprise him with his music video. Ali has recorded and is set to release his first single ‘Give My Love A Brand New Name’. Kickboxing champion is anxious about Salman’s response to his single, a source says, “Ali met the actor years ago and they’ve been friends for ages. He wants Salman’s blessings for the video he has just uploaded on Youtube.”

Ali reveals that Salman has been one of his biggest supporters right from his initial days as a kickboxer. Salman had even flown to the UK to see him win his title. Ali adds, “Salman is one of the most amazing  people i have ever known and is equally wonderful human being. Our friendship is beyond all these professional endeavours. So, yes i hope that he would  support me, but i don’t want his support as a favour for a friend. Instead i want him to support me for my talent.” He further adds,”I am sure all my B-town friends will be surprised to see or rather, hear me sing. I am eager to see how they react to my song. I have never planned to be a singer. Forget a karaoke, i have never ever sung even in the bathroom. My Family cant believe that i have sung either. So i took up it as a challenge and immediately hired a vocal trainer. The result is this song. “