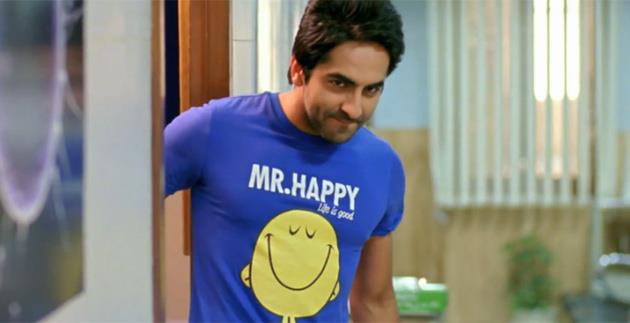 Playing a godfather of sorts,John Abraham who turns producer with JA Entertainment’s Vicky Donor is going all out to support new-comers Ayushmann Khurrana and Yami Gautam, who make their acting debut with the comedy that takes a light hearted look at the taboo attached to infertility and artificial insemination.

Donning his producer’s hat to the T –John is leaving no stone unturned in ensuring that he is present to fully support the film in spite of his hectic schedule. Says actor/producer John Abraham“ Ayushman and Yami are fantastic actors I want to support them the same way I was supported when I had entered this industry.”Adding that “With Vicky Donor I detach as an actor and have to be the captain of the ship. However,I will be doing a cameo in a song”.

John is also all praise for director Shoojit. Says John “Shoojit and I wanted to work together for a very long time. And we happened to come across this script. We both believed in it and decided to take it forward”. Confirming that “ There is nothing adult in the movie. No one wants to talk about such topics but Shoojit has handled it beautifully. asAs a producer I will make commercial films of different genres that are contemporary as audiences today are much smarter and expect more from a film”